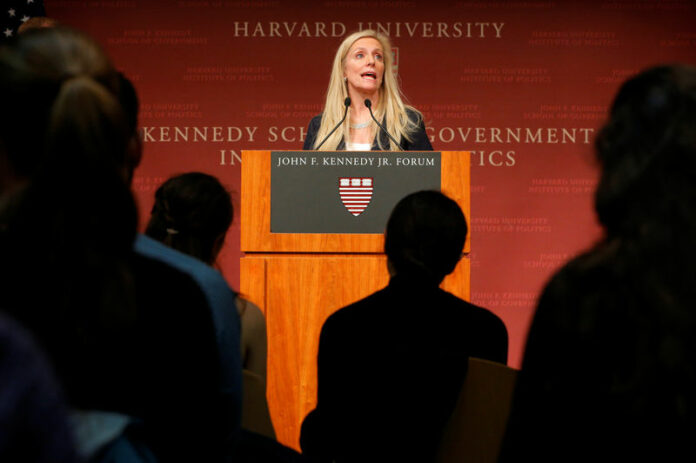 Fed has room to raise interest rates for some time, Brainard says

SAN FRANCISCO (Reuters) – The Federal Reserve has room to raise interest rates over the next couple of years without slowing economic growth, Fed Governor Lael Brainard said on Wednesday, suggesting that monetary policy would likely continue to tighten for some time.

With economic growth strong, unemployment at 3.9 percent and inflation near the Fed’s 2.0 percent goal, further gradual interest rate rises are likely to be appropriate over the next year or two, Fed Governor Lael Brainard told the Detroit Economic Club.

Her phrasing echoed recent comments from Fed Chair Jerome Powell that had already begun to lay the groundwork for a longer-than-expected rate-increase cycle.

But Brainard went further, laying out in detail the thinking behind a rate hike cycle that could continue “over the next year or two,” rather than pausing next year as policymakers including the Dallas and Atlanta Fed chiefs have said could make sense.

In her view, outlined for the first time in the speech, stimulus from tax cuts and government spending under U.S. President Donald Trump are lifting the short-term neutral level of interest rates, a theoretical level of borrowing costs that allows investment and hiring to continue unimpeded in a healthy economy.

A rise in the neutral level gives more headroom for the central bank to lift rates without slowing growth.

“With fiscal stimulus in the pipeline and financial conditions supportive of growth, the shorter-run neutral interest rate is likely to move up somewhat further, and it may well surpass the longer-run equilibrium rate for some period,” Fed Governor Lael Brainard said.

It is this shorter-run neutral rate, and not the longer-run neutral estimate that is published each quarter by the Fed, that is the “relevant benchmark” for monetary policy, Brainard said. The Fed’s most recent estimate of the longer-run rate is 2.9 percent, about one percentage point higher than the Fed’s current policy target rate.

Most observers have taken this long-run rate to be a ceiling for Fed interest-rate rises beyond which monetary policy would become restrictive, hindering economic growth.

Brainard’s assessment suggests the Fed’s current round of interest-rate hikes could continue longer, and top out higher, without impeding the economic expansion.

Traders are currently betting the Fed will raise rates a total of four times this year, but maybe only twice next year. The Fed, in forecasts released in June, signaled three rate hikes for next year, and will publish fresh forecasts when it next meets in two weeks.

Brainard’s comments differed sharply from those by St. Louis Fed President James Bullard, who on Wednesday argued the Fed should stop raising rates because low unemployment and fast economic growth will not translate into higher inflation given the way the economy has changed since the 2008 financial crisis.

Bullard said he believes Trump’s corporate tax cuts may prove to be a long-term boon to U.S. productivity growth, leading to a faster rate of sustainable economic growth.

By contrast Brainard, asked about the tax cuts by a member of the audience, said it was “too early” to tell if they will boost productivity or encourage investment.

A report published by the Fed on Wednesday suggested U.S. businesses have scaled back or postponed investments in several parts of the country due to concerns about import tariffs imposed by the Trump administration.

And while effects of tariffs appeared to be modest, the Fed’s Beige Book report showed, they were boosting input prices, particularly among manufacturers.

In her speech, Brainard downplayed the economic effect of business worries about the Trump administration’s trade war with China and other trading partners.

Uncertainty about trade policy poses downside risks, just as easy financial conditions and tight labor markets pose upside risks to the economy, Brainard said. So far, though, higher tariffs are not having a “discernible” effect on prices or confidence, she said.