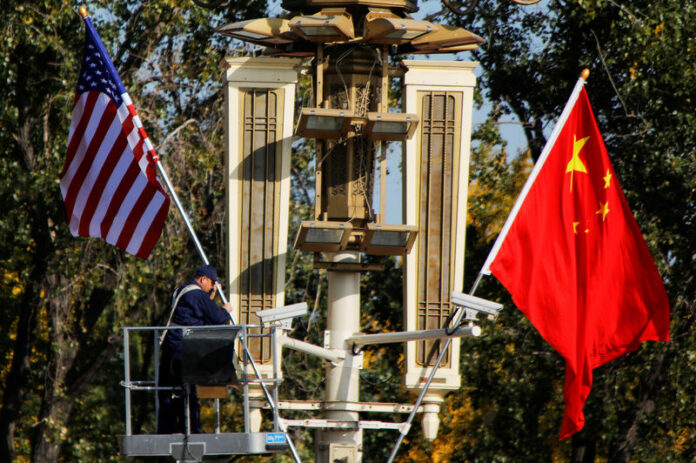 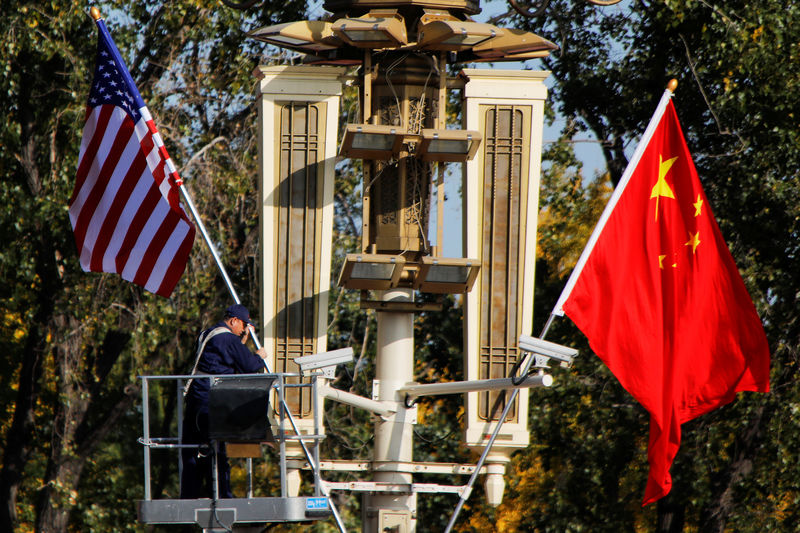 © Reuters. FILE PHOTO: A worker places U.S. and China flags near the Forbidden City ahead of a visit by U.S. President Donald Trump to Beijing, in Beijing

WASHINGTON (Reuters) – The Trump administration has invited Chinese officials to restart trade talks, the White House’s top economic adviser said on Wednesday, as Washington prepares to escalate the U.S.-China trade war with tariffs on $200 billion worth of Chinese goods.

Two people familiar with the effort said Mnuchin’s invitation was sent to his Chinese counterparts, including Vice Premier Liu He, the top economic adviser to Chinese President Xi Jinping, for talks in coming weeks.

The Trump administration is preparing to activate tariffs on $200 billion worth of Chinese goods, hitting a broad array of internet technology products and consumer goods from handbags to bicycles to furniture. It was unclear whether any U.S.-China talks would delay the duties.

Kudlow earlier told reporters outside the White House that communications with Beijing had “picked up a notch” and added he saw that as “a positive thing.”

“I think most of us think it’s better to talk than not to talk, and I think the Chinese government is willing to talk,” Kudlow said.

Asked if the Trump administration would like to have additional trade talks with China, Kudlow said: “If they come to the table in a serious way to generate some positive results, yes, of course. That’s what we’ve been asking for months and months.”

But he cautioned: “I guarantee nothing.”

The timing and location of the proposed meeting were unclear, the sources familiar with the matter said. Mid-level U.S. and Chinese officials met on Aug. 22 and 23 with no agreements.

A U.S. Treasury spokesman did not respond to requests for comment.

The invitation was first reported by the Wall Street Journal. A meeting among Cabinet-level officials could ease market worries over the escalating tariff war that threatens to engulf all trade between the world’s two largest economies and raise costs for companies and consumers.

So far, the United States and China have hit $50 billion worth of each other’s goods with tariffs in a dispute over U.S. demands that China make sweeping economic policy changes, including ending joint venture and technology transfer policies, rolling back industrial subsidy programs and better protecting American intellectual property.

China has threatened retaliation, which could include action against U.S. companies operating there.

U.S. business groups are escalating their fight against Trump’s tariffs, with over 60 industry groups launching a coalition to put political pressure on the Trump administration to seek alternatives to tariffs.