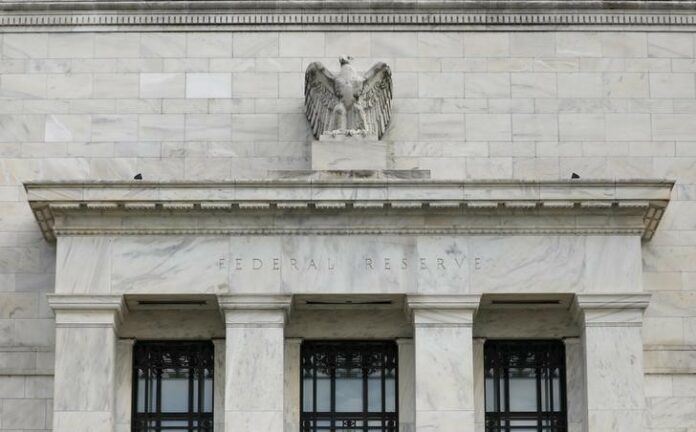 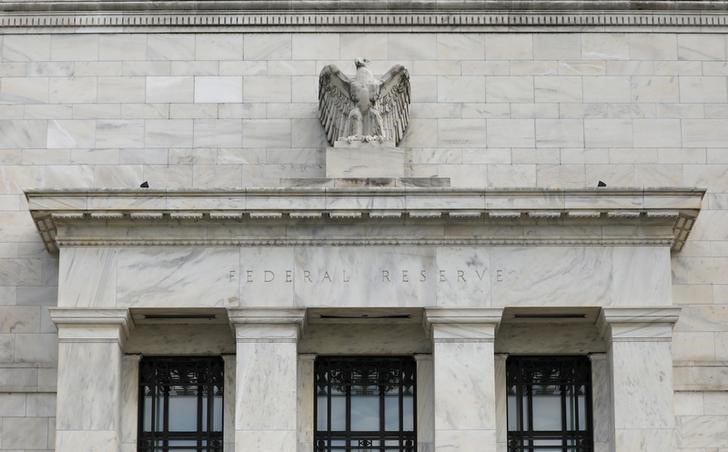 By Ann Saphir and Jonathan Spicer

SAN FRANCISCO/NEW YORK (Reuters) – Federal Reserve policymakers continue to signal that gradual U.S. interest rate hikes will be enough to tame inflation despite a fast-growing economy, even as a jump in longer-term borrowing costs suggests investors may be increasingly nervous about that rosy scenario.

Yields on U.S. Treasuries jumped on Wednesday, lifted by data showing strength in the U.S. job market and service sector. Investors, long skeptical that the Fed would be able to tighten policy as much as planned, seemed to come around as bets rose for two or even possibly three rate hikes in 2019.

About half of the Fed’s policymakers used public appearances on Wednesday to show an increasingly unified view that the U.S. economy was not headed for any obvious potholes.

Fed Chairman Jerome Powell emphasized that the outlook for the U.S. economy is “remarkably positive” and mused that the expansion now underway can continue “effectively indefinitely.” Speaking at the Atlantic Festival in Washington D.C., Powell said rates need to continue to move toward an estimated neutral level and even a bit beyond.

The central bankers have forecast years of growth while unemployment, already below sustainable levels, heads lower than the current 3.9 percent. Absent any big shocks, the Fed expects to keep gradually hiking rates because inflation is not about to surge.

A jump in bond yields can signal rising concern about inflation, and some analysts said that was part of the increase, along with an easing of worries about the global outlook. “Hovering over the market is: can Powell navigate a soft landing?” said Quincy Krosby, chief market strategist at Prudential Financial (NYSE:) in Newark, New Jersey.

Lou Brien, analyst at Chicago-based trading group DRW Holdings, said: “If there is a connection to the increase in yields and Powell’s sanguine attitude on inflation, it is a concern that gradual rate hikes won’t get the job done and his confidence that there is no sign of overheating (or) inflation is missing the point.”

The 10-year Treasury earlier reached its highest level since 2011. The yield on the 2-year note, which reflects market expectations of interest rate hikes, rose to 2.876 percent, its highest since June 2008.

“The fact that interest rates moved on one day is not a concerning thing. Markets are volatile,” Cleveland Fed President Loretta Mester said, adding that strong payroll data and perhaps this week’s U.S.-Mexico-Canada trade agreement provided a boost to bond yields. “It is still appropriate for us to be moving interest rates up gradually,” she said.

The Fed last week raised rates for the third time this year, and released forecasts showing most policymakers expect a fourth rate hike in December and three or four more hikes next year.

Despite the confidence, some policymakers did point to potential risks on the horizon.

Richmond Fed President Thomas Barkin said at an economics conference in Charleston, West Virginia, he is watching for drivers of inflation. Eventually, he said, the economy might face shocks such as a “political crisis” or an abrupt and difficult exit by Britain from the European Union.

Mester, speaking at a banking conference in St. Louis, said a potential risk is a strong U.S. economy diverging from global peers, “and that could feed back,” she said, adding it wasn’t an immediate concern.

At a separate event on Tuesday, Powell outlined how the Fed might avoid the twin traps of an inflation overshoot and unnecessarily halting the expansion. He also said: “There are, of course, myriad other risks. To name just a few, we must consider the strength of economies abroad, the effects of ongoing trade disputes, and financial stability issues.”