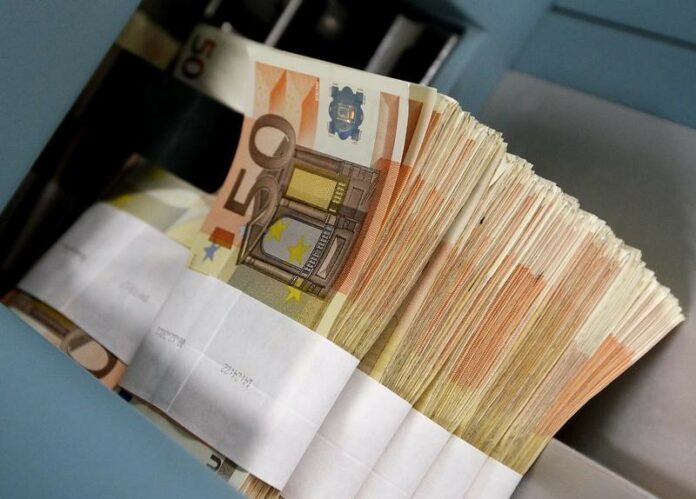 COPENHAGEN/TALLINN (Reuters) – Banks doing business in Estonia, which has been at the center of a money-laundering scandal involving Danske Bank , handled more than $1 trillion in cross-border flows between 2008 and 2017, according to the country’s central bank.

The European Union member country has been rocked by revelations that banks there laundered money from Russia, Moldova and Azerbaijan via non-resident bank accounts. The scandal has forced lenders in Estonia and neighboring Latvia to shut down.

The central bank said that between 2008 and 2017, cross-border transactions totaled 1.1 trillion euros ($1.27 trillion). The number includes all flows, including resident and non-resident transactions, a spokesman said.

The central bank did not say whether it considered any of the flows suspicious.

Bloomberg on Wednesday reported figures from the central bank saying that Estonia handled about 900 billion euros in non-resident, cross-border transactions between 2008 and 2015.

A central bank spokesman told Reuters the bank does not have specific data for non-resident transactions.

Nordic banking shares fell after the Bloomberg report. Sweden’s SEB and Swedbank, which both have banking operations in Estonia, were trading 5.4 percent and 7.2 percent lower, respectively.

Figures reflecting the possible scale of money-laundering through Estonia have been emerging gradually over the last few months.

In May, data from Estonia’s Financial Intelligence Unit (FIU) showed that more than $13 billion had been laundered through banks in the country from 2012 to 2016, with at least 7.3 billion of that going through non-resident bank accounts.

Last month, Denmark’s Danske Bank (CO:) said in an internal report that payments totaling 200 billion euros, many of which it described as “suspicious”, had been moved through its Estonian branch between 2007 and 2015.

That scandal led to Danske’s chief executive stepping down and prompted regulators across the European Union to question the oversight of the bloc’s financial sector.