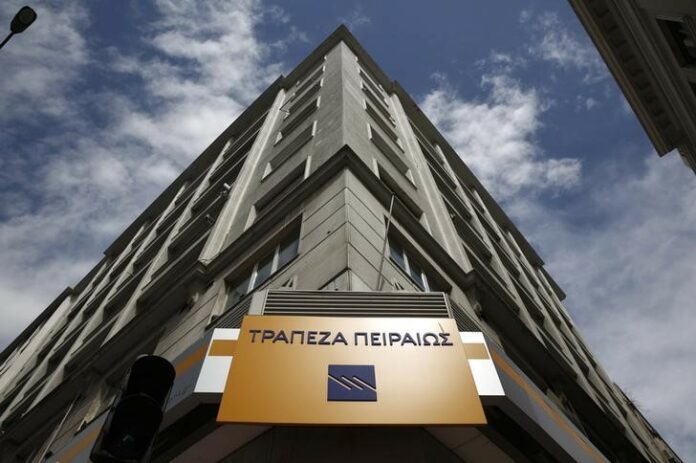 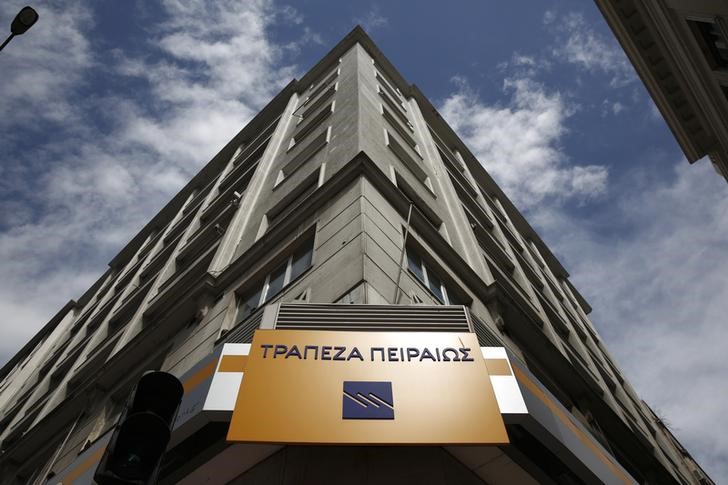 © Reuters. FILE PHOTO: The logo of Piraeus Bank is seen outside a branch in Athens

ATHENS (Reuters) – Piraeus Bank (AT:) said plans to issue debt to bolster its capital were on track on Wednesday as Greece’s largest lender by assets faced a near 30 percent share price fall.

“The plan’s aim is to strengthen the bank’s balance sheet and enhance its capital base. The bank has made significant progress on all fronts with regards to the implementation of the plan,” Piraeus Chief Executive Christos Megalou told Reuters.

Although analysts said the 29.3 percent fall in its shares to 1.16 euros by 1020 GMT was the result of negative investor sentiment affecting the whole banking sector, Piraeus stock was hit hardest, underperforming fellow Greek lenders Alpha Bank (AT:), Eurobank (AT:) and National Bank (AT:).

Piraeus Bank’s restructuring plan, which it has submitted to supervisors at the European Central Bank, involves the issuance of debt, likely to be a Tier-2 bond, among other measures.

“The bank is in a continuous dialogue with the supervisory authorities and monitors debt capital markets to identify the window of opportunity for the non-dilutive capital instrument issuance included in the plan,” Megalou said.

Greek bank stocks have lost about 34 percent of their value this year as they struggle to tackle non-performing loans stemming from the country’s sovereign debt crisis.

While Greece emerged from its latest bailout in August, it remains sub-investment grade and yields on its government paper remain relatively high, affecting corporate borrowing costs.

Piraeus, which is 26.2 percent owned by the country’s HFSF bank rescue fund, has increased its deposit base with a year-to-date rise of about 2 billion euros.

It has reduced so-called non-performing exposures (NPEs), which include loans past due more than 90 days plus restructured loans likely to turn bad, by more than 5 billion euros, the largest reduction by any bank in Greece, Megalou said.