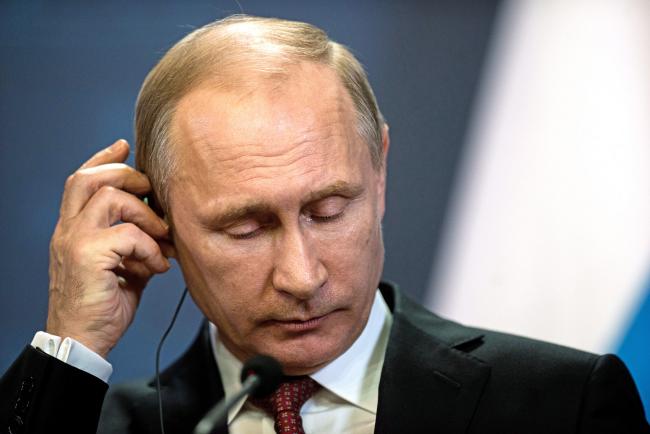 “President Trump considers that the price is high; he’s partly right, but let’s be honest,” Putin said at the Russian Energy Week conference in Moscow on Wednesday. “Donald, if you want to find the culprit for the rise in prices, you need to look in the mirror.”

The Russian leader pushed back against escalating criticism of OPEC and its allies, which Trump has blamed for crude’s rise to a four-year high near $85 a barrel. Still, Putin said his country has already boosted output and has the capacity to add another 200,000 to 300,000 barrels to the market.

Russia’s cooperation with the Organization of Petroleum Exporting Countries successfully restored the oil market to balance and a good price range of $65 to $75 a barrel, Putin said.

Current prices are “largely the result of the current U.S. administration — these expectations of sanctions against Iran, the political problems in Venezuela,” Putin said. “Look at what’s happening in Libya. The state is destroyed. It’s the result of irresponsible policies which have a direct impact on the world economy.”