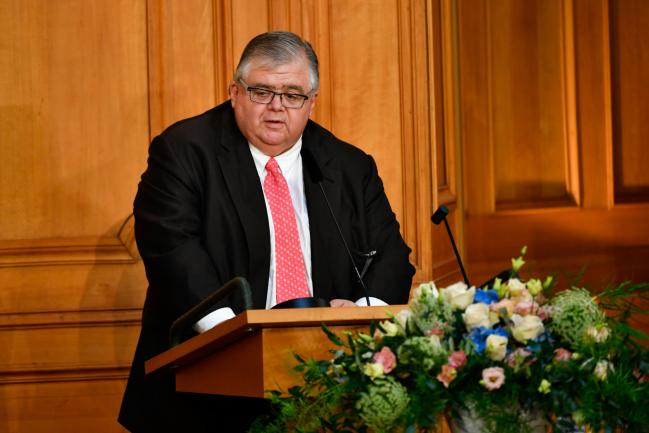 Carstens Says Central Banks Must Press on With Normalization

(Bloomberg) — Global central banks should keep lifting interest rates toward pre-crisis levels so that they have room to cut should another recession strike, Bank for International Settlements General Manager Agustin Carstens said.

Policy makers must “bring it back to more normal circumstances,” he told Bloomberg Television’s Tom Keene and Francine Lacqua in an interview Thursday. That way, “if we have a recession in the future and there needs to be action from the central banks, there would be enough space.”

Monetary policy is still stuck near emergency-low levels across of the globe a decade after the financial crisis. But Carstens also said officials must tread carefully and neither tighten too quickly, jeopardizing financial stability, nor keep policy too loose and risk price stability. He characterized that process as a “narrow path.”

“The balance you want to strike is, precisely how can we obtain both objectives at the same time?” he said at a Bloomberg conference in Zurich.

The U.S. Federal Reserve is at the vanguard of the push to lift rates, and its actions have added to pressure on emerging markets. But Carstens said the situation has sometimes been compounded by the undermining of central banks’ autonomy.

“Markets do not like central banks to be subjugated to the will of the ministry of finance,” he said.

While trade tensions have heated up this year, and global growth is cooling, central bankers have a bigger “war chest” to fight a downturn than they used to.

“I don’t see why central banks would not be able to do whatever they need to do,” Carstens said. “For example, programs of asset purchases — it’s very easy to implement and there is no restriction on how this could be used in case it’s necessary.”

Carstens, a former Bank of Mexico governor, also expressed relief that the U.S. was able to reach a deal with North American trading partners that preserved access. A similar outcome in talks between the U.S. and China would be beneficial.

“Hopefully at some point we will converge to such a situation in the case of China,” he said. “If there is an open war in terms of trade between the U.S. and China, it can be really disruptive.”

(Updates with detail from paragraphs four.)