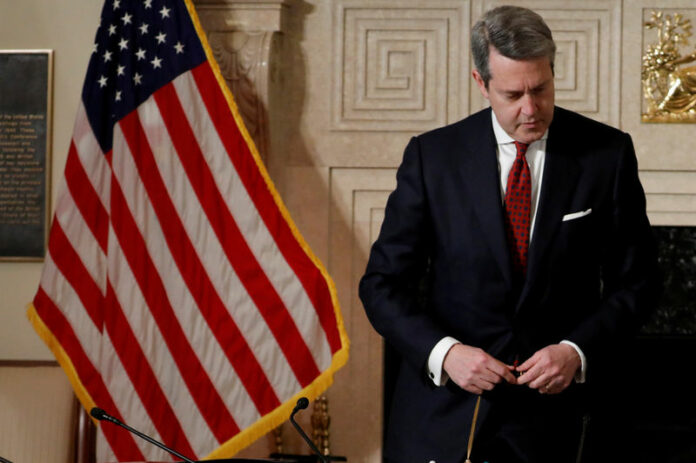 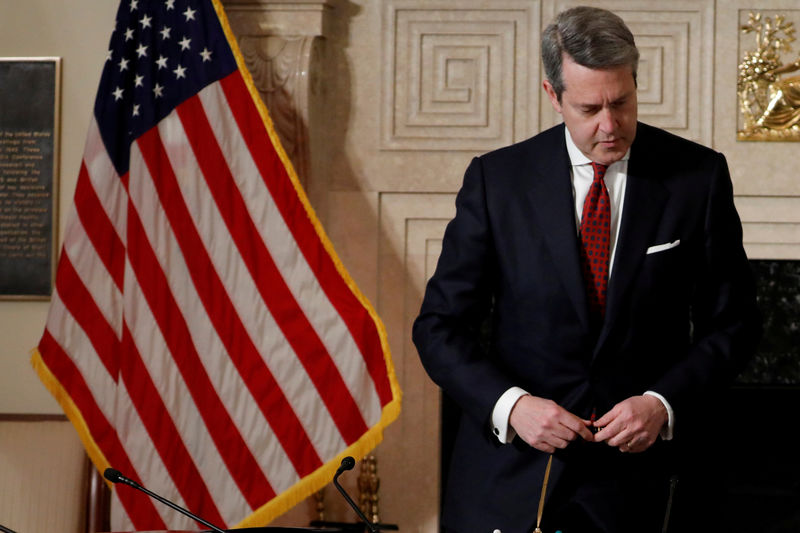 © Reuters. FILE PHOTO: Randal Quarles Federal Reserve board member and Vice Chair for Supervision takes part in a swearing-in ceremony for Chairman Jerome Powell at the Federal Reserve in Washington

ST. LOUIS (Reuters) – Federal Reserve Vice Chair Randal Quarles said on Thursday the world’s central banks, including the Fed, risked “quite bad” outcomes if they let themselves be influenced by political considerations.

“The outcomes of central banking, particularly in monetary policy, but also in financial regulation, can turn out to be quite bad if they are too subject to the political pressures of the moment,” Quarles said at a community banking conference in St. Louis.

U.S. President Donald Trump has criticized the Fed’s recent interest rate increases, though Fed policymakers maintain they will not let his preference for lower rates influence their decisions.

Quarles, a Trump appointee, said he felt one of the U.S. central bank’s chief missions in the coming years is to justify its ongoing independence.

The strategies deployed during the 2007-2009 financial crisis and recession – including massive bond purchases, bank bailouts, and other steps to stabilize the financial system – caused many to question the sweep of the Fed’s power.

“We did a lot of things where people said, ‘they can do that? I had no idea. Why can they do that? Why is that not something that should be the democratic decisions of all of us?'” Quarles said. “Over the course of the next decade, a big part of our job, is to demonstrate why that independence is appropriate.”

“One of the tasks of central banking, not just the Fed but central banking around the world, is to demonstrate that we are appropriate institutions in democratic societies,” Quarles said.