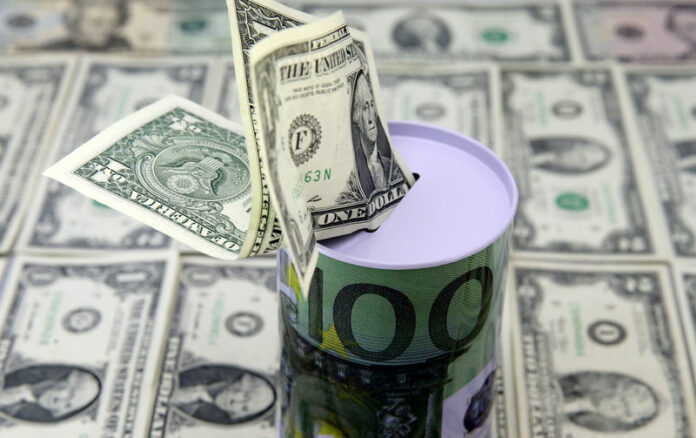 Euro weakness to be limited; dollar to be dethroned next year: Reuters poll 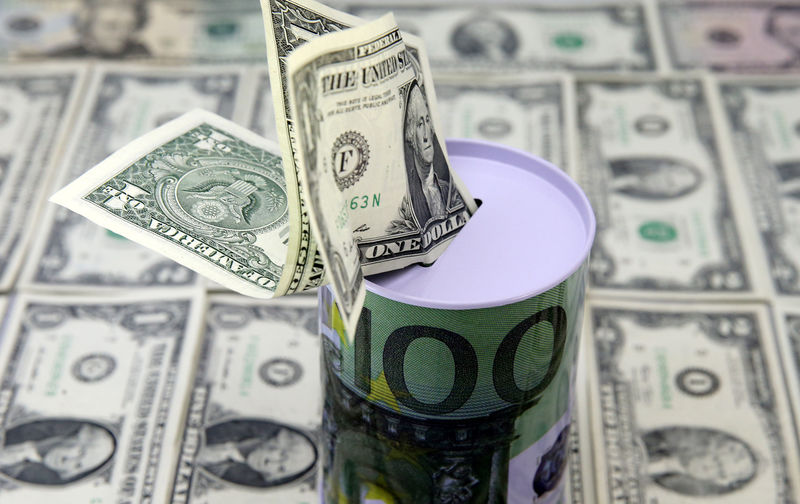 BENGALURU (Reuters) – The euro will withstand the latest political turmoil in Italy and any short-term spill will be limited, but it may be another six months before the dominant dollar trade is swept aside, according to a Reuters poll of currency strategists.

After its best run since 2003 last year, the single currency is down close to 4 percent so far in 2018, driven mainly by increasing bets in favor of the dollar on solid U.S. economic performance and the Federal Reserve’s policy tightening path.

Markets recently have been unnerved by the uncertainty surrounding Italy’s debt pile, fiscal plans and future ties with Europe, which pushed the single currency to a six-week low of $1.1504 against the dollar on Tuesday.

But the latest poll of over 70 strategists taken Sept 28-Oct 3 forecast the euro () to trade higher at $1.16 in three months from around $1.15 on Wednesday. It was then expected to rise to $1.22 in a year, about a six percent rise from here.

“We feel that a lot of bad news is already priced into Italian assets – including a Moody’s downgrade – and hence see the balance of risks tilted toward the euro moving higher from here as some of the markets’ worst fears are shelved,” noted Viraj Patel, an FX strategist at ING in London.

The single currency is expected to fall at most by only one percent to a low of $1.14 at some point over the next three months, according to the median of 30 strategists who answered an additional question. But that would still be comfortably above a 13-month low of $1.1297 hit in August.

“For the euro to move well below $1.1500 and back down toward the previous lows…we would really need to see the Italian debt situation escalate significantly from here and challenge the sustainability of the euro zone and euro going forward,” said Lee Hardman, currency strategist at MUFG.

“That is not our base case scenario. But obviously if we reach that kind of a crisis scenario, all bets are off, because it will be going a lot lower.”

LESS BACKING FOR GREENBACK IN 2019

While currency speculators increased their bets in favor of the dollar for the second week in a row, strategists in the latest Reuters poll were almost evenly split on whether the greenback’s rally has already stalled.

A majority of strategists who answered a separate question said the U.S. dollar’s dominance will last only another three months or six most.

With several of the factors that have helped the dollar rally expected to fade soon, most major currencies are forecast to gain in a year.

“It might run up a little bit further for a couple of months on the emerging markets side, but the dollar versus major currencies is starting to peak,” said Gavin Friend, senior markets strategist at NAB.

“Markets are getting more interested in the end of the U.S. (tightening) cycle, which has been almost fully priced in.”

Against the dollar, sterling was forecast to strengthen by the time Britain leaves the European Union. But over the coming year it was not expected to regain its losses since the shock Brexit vote in 2016. [GBP/POLL]

“Our basic assumption is that we think the EU and the UK will eventually reach a Brexit deal. At this stage, it is still highly uncertain how they get to that kind of end-point of a deal. The pound could yet weaken further before a deal is reached,” added Hardman.

“But we still think that overall, a deal is more likely as both sides want to avoid a no-deal scenario. That should result in the pound strengthening notably.”