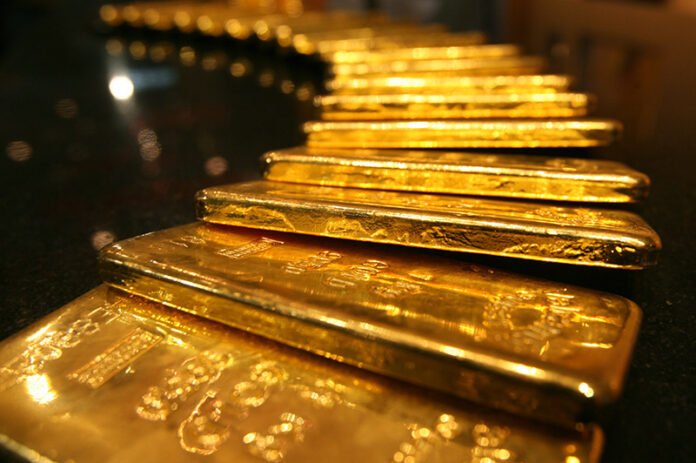 Gold prices inched down on Thursday

Investing.com – Gold prices inched down on Thursday as the dollar strengthened on positive private payroll data. A rising U.S. treasury yield was also cited as headwind for the precious metal.

The ADP and Moody’s Analytics revealed on Thursday that U.S. services and private payrolls increased by 230,000 in September. Economists had expected the ADP nonfarm payrolls report to show a gain of 187,000 jobs.”A simple dynamic is playing out in the global economy right now – the U.S. is booming, while most of the rest of the world slows or even stagnates,” said HSBC economist Kevin Logan.

The yield on the United States 10-Year Treasuries rose to the highest level since 2011 on the positive data.

Meanwhile, Federal Reserve Chairman Jerome Powell said in a speech in Boston on Wednesday that the economic outlook was “remarkably positive” and that rates might rise above “neutral”, currently anywhere from 2.5 to 3%.