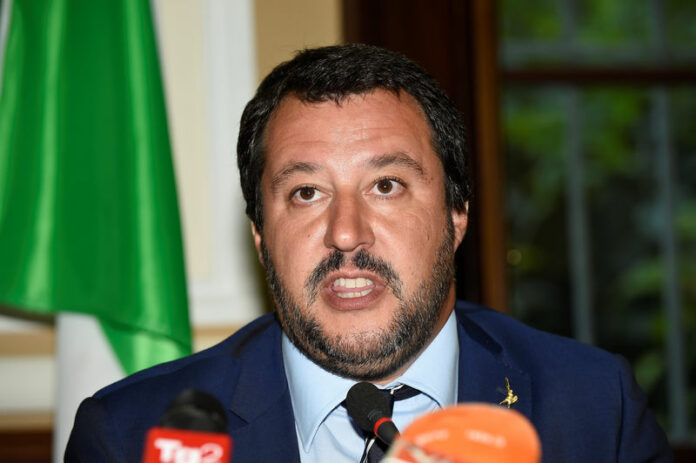 (Bloomberg) — Italy and the European Union resumed their sniping as the populist government in Rome prepared to flesh out its fiscal plans.

Antonio Tajani, president of the European Parliament, predicted the administration would overshoot the budget deficit target of 2.4 percent it has set for next year.

Tajani told newspaper il Messaggero he doesn’t think the deficit goal “will be sufficient because the growth rate is too low” and an initial forecast of 1.6 percent growth “is just propaganda.” It’s obvious that “those who are supposed to lend us money to finance the public debt don’t like” the plan, said Tajani, a co-founder of Silvio Berlusconi’s center-right Forza Italia.

The government is targeting economic growth of 1.6 percent for next year, Deputy Finance Minister Massimo Garavaglia told RAI television Thursday morning. “It should be the same for the two years after that,” the League’s Garavaglia added when asked about the target for 2020 and 2021.

In a partial climb-down late Wednesday, the ruling coalition of the anti-establishment Five Star Movement and the anti-migrant League pledged to reduce the deficit target in 2020 and 2021 — after the EU pushed for lower spending requests. Almost a week later, the government has yet to publish the economic growth forecasts underpinning its plans.

Italian bonds were initially buoyed by the revised deficit numbers, before paring gains as bonds across Europe declined following U.S. Treasuries. Ten-year yields were steady at 3.32 percent, having touched 3.46 percent Tuesday, the highest level in more than four years. The yield spread over Germany was at 279 basis points, down from 304 basis points.

Deputy Premier Matteo Salvini again hit back at the EU on Thursday. The League leader branded inappropriate “the tone of some EU commissioners,” just because “we have put limits on immigration,” Salvini said in an interview with RAI radio.

The government will allocate about 8 billion euros ($9.2 billion) in next year’s budget to the so-called “citizen’s income” for the poor and 7 billion to 8 billion euros to rolling back the Fornero pension reform which raised the retirement age, Salvini said. The budget aims to boost labor productivity, he added.

All measures envisaged in the budget will be fully-funded, Luigi Di Maio, the other deputy premier who is also Five Star’s leader, told Radio Radicale Thursday. Di Maio said Giovanni Tria will remain finance minister, following media reports he had threatened to resign last week over the deficit targets. “There is no point in changing a winning team,” Di Maio said.

The government’s deficit goal for next year is triple the previous administration’s target of 0.8 percent of gross domestic product set back in April, which Tria repeatedly said was no longer achievable. The government aims to reduce the shortfall to 2.1 percent in 2020 and 1.8 percent in 2021.

Newspaper Sole-24 Ore reported the government targets 1.5 percent growth next year, 1.6 percent in 2020 and 1.4 percent in 2021. Official growth numbers will be submitted to parliament later Thursday, the paper added.