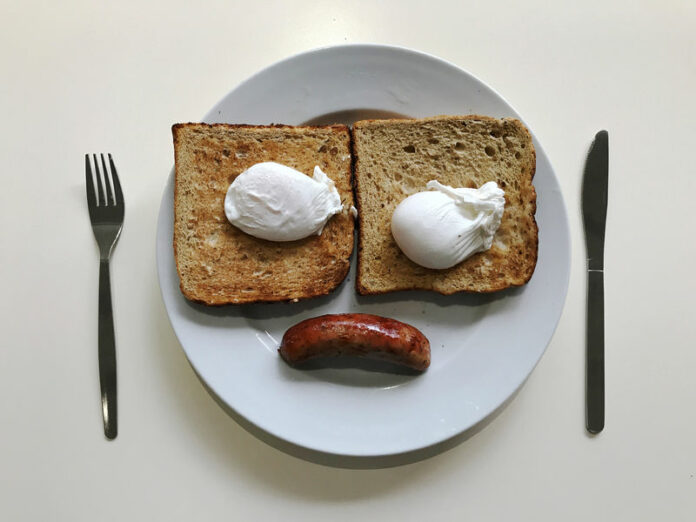 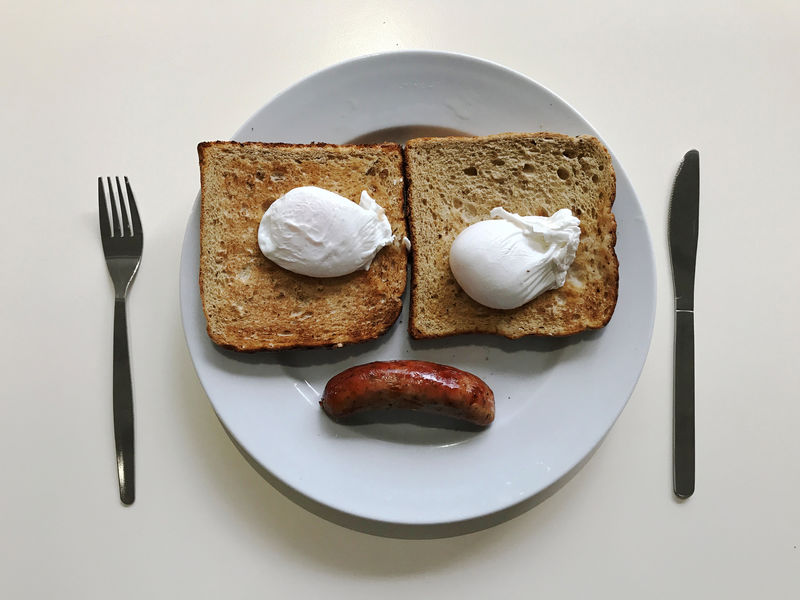 © Reuters. FILE PHOTO: A breakfast of sausage, eggs and toast is pictured in an office canteen in London

ROME (Reuters) – World food prices slipped in September from the month before, with only sugar posting a rise, the United Nations food agency said on Thursday.

The August figure was previously given as 167.6.

FAO said global cereals output in 2018 was seen at 2.591 billion tonnes, up three million tonnes on the previous forecast given in September, but still down 63 million tonnes, or 2.4 percent, from 2017’s record production level.

FAO’s forecast for world wheat production in 2018 was almost unchanged on 722.4 million tonnes, the smallest since 2013.

Among the major cereals, maize export quotations registered the sharpest month-on-month decline down some 4 percent, mostly on expectations of a very large crop in the United States and good supply prospects globally.

By contrast, the FAO Sugar Price Index averaged 161.4 points last month, up 2.6 percent from August. FAO said the increase was largely linked to the ongoing harvesting in Brazil, the world’s largest sugar producer and exporter.

“Drought conditions in Brazil during the critical growing season are seen to have had negative impacts on sugarcane yields, with harvested cane volumes falling below expectations,” FAO said.