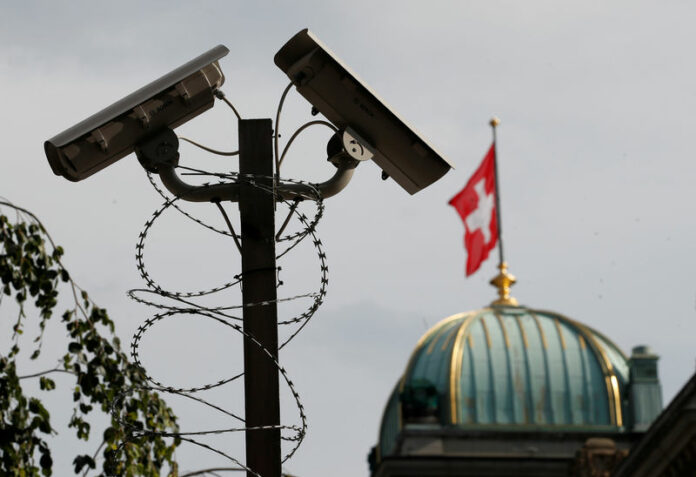 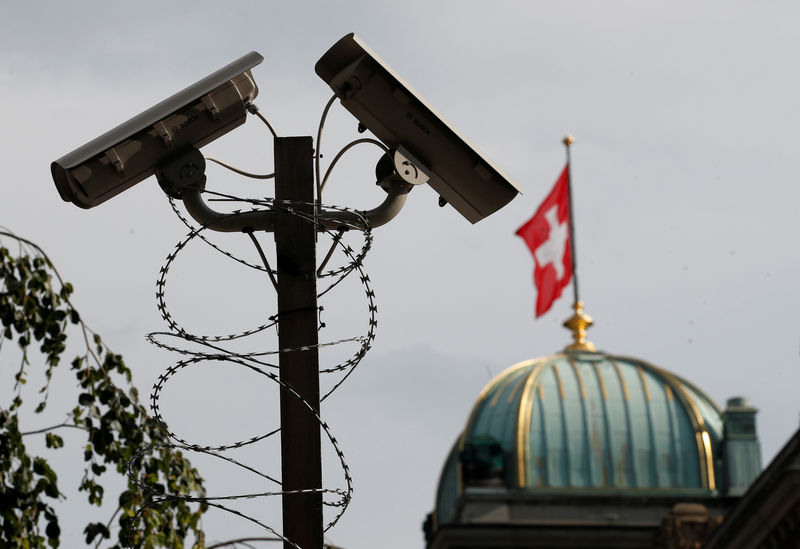 © Reuters. FILE PHOTO: A surveillance camera of the SNB is pictured in front of the Swiss Federal Palace in Bern

ZURICH (Reuters) – The era of mystery-cloaked numbered Swiss bank accounts has officially come to a close as Switzerland, the world’s biggest center for managing offshore wealth, began automatically sharing client data with tax authorities in dozens of other countries.

The Federal Tax Administration (FTA) said on Friday it had for the first time exchanged financial account data at the end of September under global standards that aim to crack down on tax cheats.

Bank secrecy still exists in some areas — Swiss authorities cannot automatically see what citizens have in their domestic bank accounts, for example — but gone are the days when well-paid European professionals could stash wealth across the border and beyond the prying eyes of their tax man.

The initial exchange was supposed to be with European Union countries plus nine other jurisdictions: Australia, Canada, Guernsey, Iceland, Isle of Man, Japan, Jersey, Norway and South Korea.

“Cyprus and Romania are currently excluded as they do not yet meet the international requirements on confidentiality and data security,” the FTA said.

Transmission of data to Australia and France was delayed “as these states could not yet deliver data to the FTA due to technical reasons”, it said, adding that it also had not yet received data from Croatia, Estonia and Poland.

About 7,000 banks, trusts, insurers and other financial institutions registered with the FTA collect data on millions of accounts and send them on the Swiss tax agency. The FTA in turn sent information on around two million accounts to partner states. It put no value on the accounts in question.

The information includes the owner’s name, address, country of residence and tax identification number as well as the reporting institution, account balance and capital income. This lets authorities check whether taxpayers have correctly declared their foreign financial accounts.

The annual data swap will expand next year to about 80 partner states, provided they meet requirements on confidentiality and data security. The OECD Global Forum on Transparency and Exchange of Information for Tax Purposes reviews states’ implementation of the accord.

Under international pressure, Swiss banking secrecy has weakened for years, meaning rich people from around the world can no longer easily use the Alpine republic to hide wealth.

The changes have put Switzerland in fierce competition with faster-growing centers like Hong Kong and Singapore.