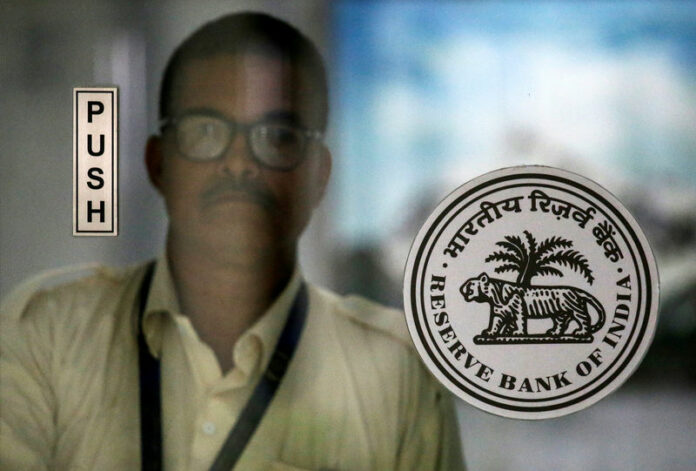 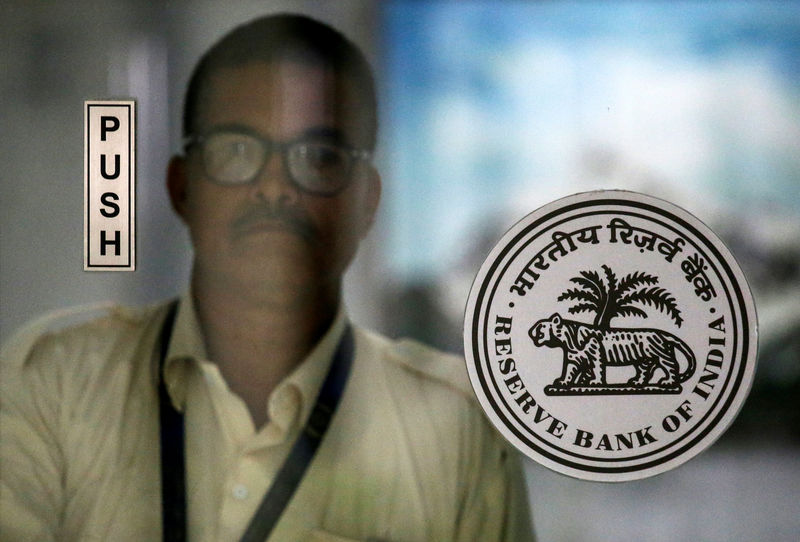 © Reuters. An employee walks behind the {{0|Reserve Bank of India}} (RBI) logo inside its headquarters in Mumbai

By Swati Bhat and Suvashree Choudhury

MUMBAI (Reuters) – The Reserve Bank of India held interest rates unchanged at a policy meeting on Friday, sending the rupee tumbling to a record low and stunning analysts who had expected a rate increase to combat inflationary pressures arising from high oil prices.

The panel however, shifted its policy stance to ‘calibrated tightening” from ‘neutral’. Five of the six panel members voted to leave the rate unchanged.

“Today’s stance of calibrated tightening essentially means that in this rate cycle a rate cut is off the table, and that we are not bound to increase rates at every meeting,” said RBI Governor Urjit Patel at a press conference. “As new data comes in we would look into changing our policies accordingly.”

While the RBI kept its rates unchanged, analysts expect the central bank to raise rates by at least 50 basis points more going ahead, as inflationary pressures become more pronounced.

“The RBI policy announcement of keeping rates unchanged is a surprise,” said Abhimanyu Sofat, head of research, at brokerage firm IIFL Securities Ltd, adding that if crude prices continue to surge then RBI may have to may have to frontload rate hikes.

It has fallen more than 14 percent since January, making it the worst performing major Asian emerging market currency.

The decline steepened in recent weeks as rising crude price – India imports two-thirds of its oil needs – and a sell-off by investors in emerging markets cranked up the pressure on the country’s external balances. During April-June India’s balance of payments slipped into deficit for the first time in six quarters.

Last week, Bangko Sentral ng Pilipinas (BSP) hiked rates by 50 bps to 4.50 percent, adding to the three hikes worth 100 bps since May. Bank Indonesia added 25 bps to its four previous hikes this year, bringing rates to 5.75 percent as expected, or 150 bps higher since May.

In its policy statement on Friday, the RBI said headwinds in the form of escalating trade tensions, volatile and rising oil prices, and tightening financial conditions globally posed substantial risks to the growth and inflation outlook.

Hence, the RBI said that it was vital “to further strengthen domestic macroeconomic fundamentals.”

With a general election due by May next year, Prime Minister Narendra Modi’s Hindu nationalist party will want to campaign on strong economic growth and success in containing inflation.

Taking a more gradual approach to raising rates should make it easier to sustain economic growth, with the RBI forecasting expansion of 7.4 percent for the financial year ending in March and 7.6 percent for the following year.

The RBI reiterated its target of keeping consumer inflation at 4.00 percent in the medium term on a “durable basis”, and projected a rate of 4.8 percent by June 2019, slightly better than the 5.0 percent forecast it gave in August.