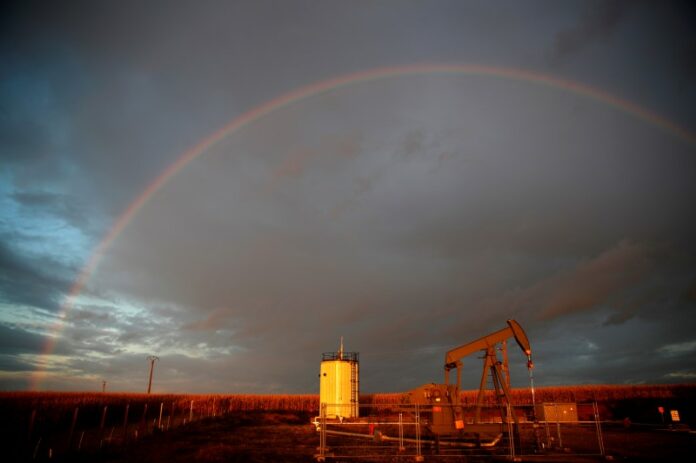 Oil Continues to Push Higher Ahead of Iran Sanctions

© Reuters. Oil was higher on Friday.

Investing.com – Oil prices were higher on Friday as upcoming U.S. sanctions on Iran weighed on the market’s supply outlook and traders looked ahead to weekly rig count data.

Prices of oil have been rising in recent months over concern of tightening supply due to U.S. sanctions against Tehran, which are due to take effect November 4 and have already caused Iran’s crude exports to fall.

Iran – the world’s fourth-largest oil producer and the third-largest exporter in the Organization of the Petroleum Exporting Countries (OPEC) – produced a peak of 2.7 million barrels per day in May. The country could be prevented from shipping up to 1.5 million bpd under the upcoming sanctions.

Energy analysts fear that OPEC and other major non-OPEC producers, including Russia, have little spare capacity to boost output in order to offset a looming supply crunch and some now think $100 a barrel for Brent might be possible by the year end or in early 2019.

Traders are also looking ahead to the weekly U.S. Baker Hughes , which is a leading indicator of demand for oil products. Inventories in the U.S. surged last week, rising to nearly 8 million, the largest weekly inventory rise since March 2017.