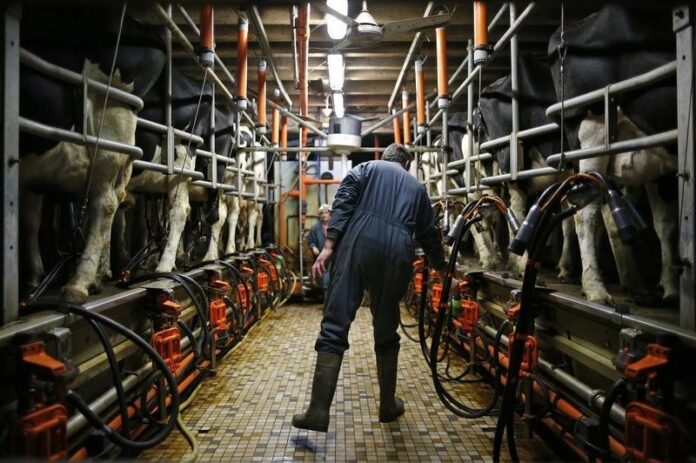 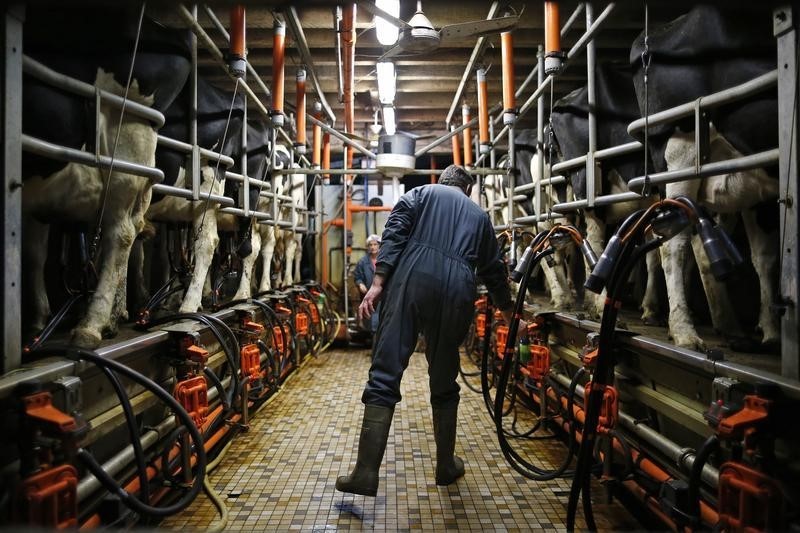 (Bloomberg) — The Trump administration delivered two much-needed boosts to the down-and-out U.S. dairy industry last week, which has been clobbered by years of consolidation and oversupply.

On Sept. 27, the Food and Drug Administration announced it would open up a public comment period on what gets to be sold as milk, following gripes from farmers about the labeling of plant-based dairy alternatives like almond milk.

Three days later, the administration announced that Canada will give American producers more access to its dairy market, as part of the U.S.-Mexico-Canada Agreement.

But for all the headlines the administration’s actions generated, they aren’t expected to dramatically change the trajectory of the industry, which is facing far larger challenges than competition from oat milk and Canadian dairy farms. Oversupply has driven down prices, and recent tariffs and closed markets have only hurt dairy farmers more.

“We need to look at addressing problems within our borders, not outside,” said Bobbi Wilson, government relations associate at Wisconsin Farmers Union. While her organization does support FDA label enforcement, she said, “that in itself is not going to solve overproduction” from “mega-dairies” driving the current crisis.

U.S. farmers keep making more milk, even though Americans are drinking less. Production increased from 10.3 billion pounds in August 1988 to 17.2 billion pounds three decades later. And it’s coming from fewer, bigger farms. As of February, there were just over 40,000 dairy farms, compared with 648,000 operations in 1970, according to USDA.

While there’s little expectation that FDA label enforcement will make a significant difference in the price of milk, the issue’s emotional resonance has made it an important one. Farmers watching the multi-decade decline of fluid milk have been quick to blame labels on fast-selling, plant-based alternatives, arguing that consumers see the word “milk” and believe that almond milk or soy milk will deliver similar nutrition.

Research from Mintel finds that 1 in 5 Americans say they are reducing dairy consumption for health reasons.

“People ask, ‘What about price supports? What about all the dairies going out of business? Aren’t they important too?” said Will Rodger, spokesman for the American Farm Bureau Federation, at a conference in New York last week. “Yeah they are. They probably are the more pressing problem.

“But long term, we still think that milk is milk,” he said.

Expectations over the trade deal are also being tempered by reality, even in states that border Canada. The deal will also eliminate Canada’s policy of making it cheaper for processors to buy domestic supplies of ultra-filtered milk, a concentrated ingredient used to boost protein content in cheese and yogurt.

Still, the current oversupply of milk will not be helped significantly by the new provisions, according to the Wisconsin Farmers Union.

Patty Edelburg, a Wisconsin dairy farmer and the vice president of the National Farmers Union, said she is anxious for a dairy-farmer win but isn’t sure the trade deal is it. “It’s only going to hurt [Canada’s] farmers,” she said. “I’m not sure it’s going to help our farmers enough to make it worth it.”

The U.S. is gaining only about a billion pounds of access, or less than half a percent of total. milk production, Matt Gould, editor at Dairy & Food Market Analyst, said. “This is not a save-the-family-farm amount of volume.”

While it’s positive that the administration reached a deal with Canada, the details will determine its ultimate impact on U.S. producers, said Jaime Castaneda, senior vice president at the U.S. Dairy Export Council. It will be “essential” to keep an eye on the way the agreement is implemented, he said.

“Underlying weakness is the big problem,” said the Farm Bureau’s Rodger. “The trade pact is a nice marginal improvement, but it’s a supply issue.”