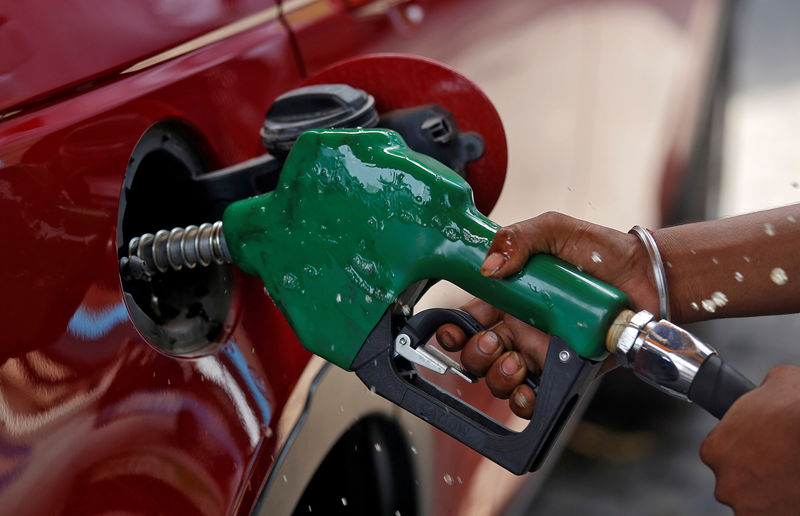 © Reuters. A worker holds a nozzle to pump petrol into a vehicle at a fuel station in Mumbai

NEW DELHI (Reuters) – India on Saturday sought to assure investors that the government would not go back to regulating fuel prices, a day after oil company shares tumbled on concerns about a return to a regime that has hurt their profits in the past.

The government said on Thursday it was cutting gasoline and diesel by 2.50 rupees per liter to help Indians struggling to pay fuel prices that had climbed on the back of a rise in global crude prices and a weakening rupee.

The move was seen as a reversal of a 2014 decision to scrap regulated fuel prices – a regime that was blamed for deterring state oil marketing firms from expanding and for choking off investment in domestic oil fields by India’s biggest oil producer.

“Let me categorically assure all that there is no going back on deregulation of oil prices,” India’s finance minister Arun Jaitley said in a Facebook (NASDAQ:) post on Saturday. https://

Prime Minister Narendra Modi freed up the price of diesel in October 2014 after a decade of regulation, saying it would encourage competition among vehicle fuel retailers and enhance efficiency in oil company services.

Experts said it was one of his most far reaching reforms after previous governments failed to free the price of diesel, India’s most widely used transport fuel. Petrol prices were freed up by the former government of the Congress party in 2010.

Shares in the companies fell more than 20 percent to multi-year lows on Friday before recovering marginally.