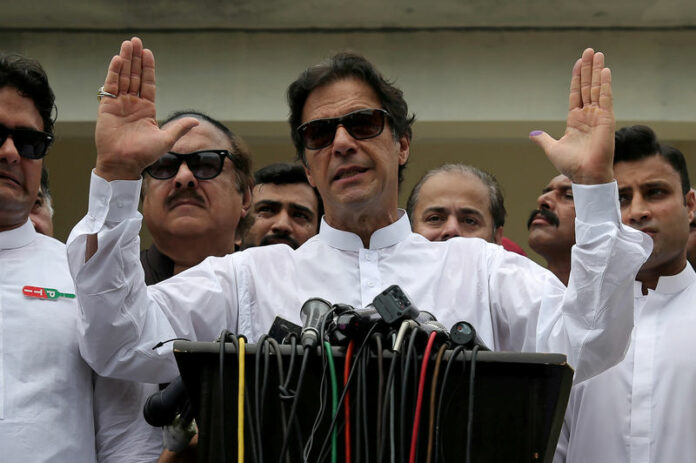 Pakistan may go to IMF but will seek other options first: PM 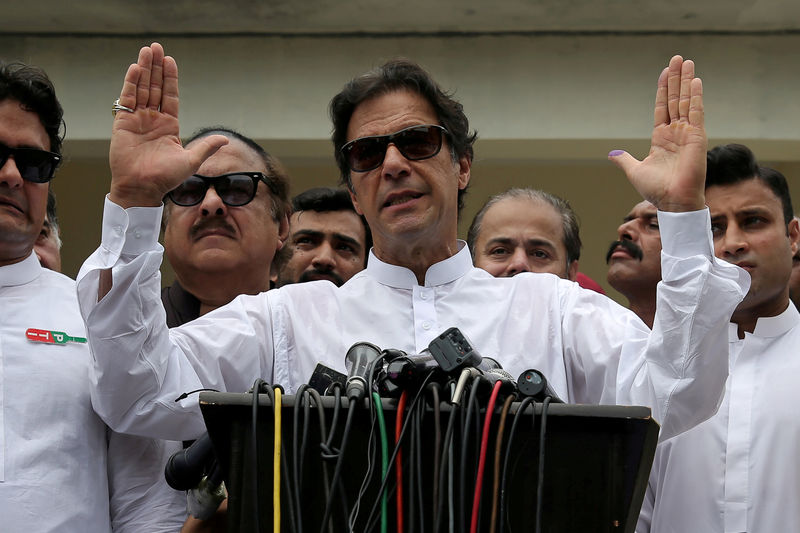 © Reuters. FILE PHOTO: Imran Khan speaks to members of media after casting his vote at a polling station during the general election in Islamabad

LAHORE, Pakistan (Reuters) – Prime Minister Imran Khan said on Sunday that Pakistan might need to return to the International Monetary Fund to address its mounting balance of payments crisis but would seek funding from friendly countries first.

Khan, who took office in August, blamed Pakistan’s economic woes on the previous government and repeated a promise to recover billions of dollars he says corrupt officials have stashed abroad.

He has been reluctant to ask the IMF for emergency loans that would be the country’s second bailout in five years.

But foreign reserves dropped by $627 million in late September to $8.4 billion, barely enough to cover sovereign debt payments due through the end of the year. The weekly fall was the sharpest in years.

“We may go to IMF for loan to handle the country’s financial issues,” Khan told reporters. “But, first we will try to get assistance from other countries as we have requested three countries to deposit money in Pakistan’s State Bank that would help boost national reserves.”

He did not name the countries or provide any details of the requests.

The IMF concluded a consultative visit last week with a warning that Pakistan needed to quickly secure “significant external financing” to stave off a crisis, though it did not suggest who could supply the money.

Finance Minister Asad Umar has said foreign reserves need to be boosted by at least $8 billion, but since the July election, none of Pakistan’s allies including China and Saudi Arabia have offered emergency assistance despite high-level visits of officials from both nations.

Khan blamed the previous government for the economic situation.

“Pakistan is suffering huge internal and external debt … caused by corruption of the former rulers,” he said.

Pakistan’s anti-corruption agency arrested opposition leader Shehbaz Sharif on Friday on charges he took bribes to improperly award a low-cost housing contract while he was governor of Punjab province.

Sharif is the brother of ex-Prime Minister Nawaz Sharif, who was removed by the Supreme Court last year and in June was sentenced to 10 years in prison by an anti-corruption court.

Commenting on Shehbaz Sharif’s jailing, Khan said on Sunday: “He should have been arrested months ago”.