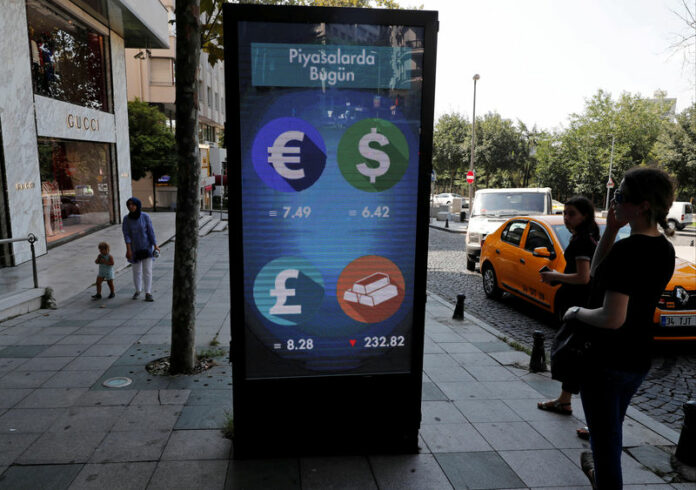 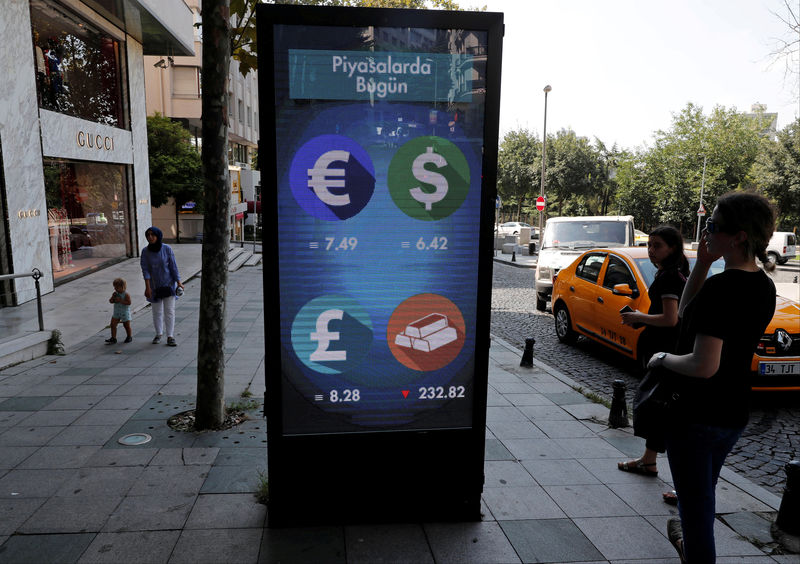 © Reuters. FILE PHOTO: Pedestrians walk past an electronic board showing the currency exchange rates in Istanbul

The government said last month property sales, leasing transactions and rent contracts must be in lira, halting the use of foreign currencies for such deals to support the lira, which has lost 38 percent of its value this year.

The currency has been hit concern over President Tayyip Erdogan’s influence over monetary policy and a diplomatic spat with the United States. The lira

The Official Gazette said on Saturday the exemptions would also cover areas such as sales of software produced abroad, ship leasing contracts and contracts involving state institutions, if they are not related to property or employment.

If there is failure to renegotiate a contract currently in foreign currency it will be converted to lira at the official exchange rate of Jan. 2 and raised in line with consumer price inflation rates.

Economists and industry participants have voiced doubt that the move would have a permanent positive impact, saying it hampered predictability and was likely to bring additional burdens for firms with foreign currency debt.