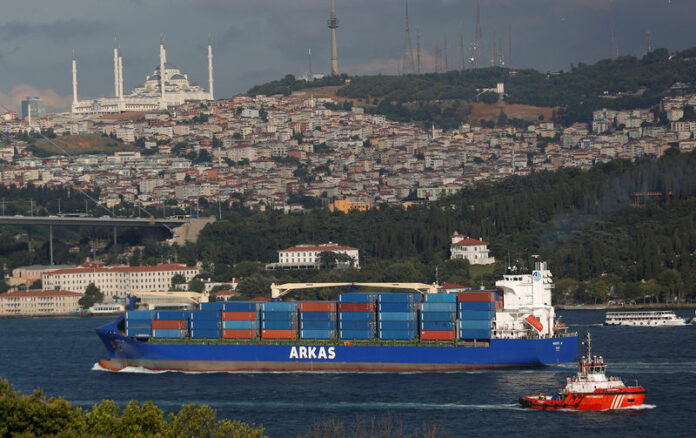 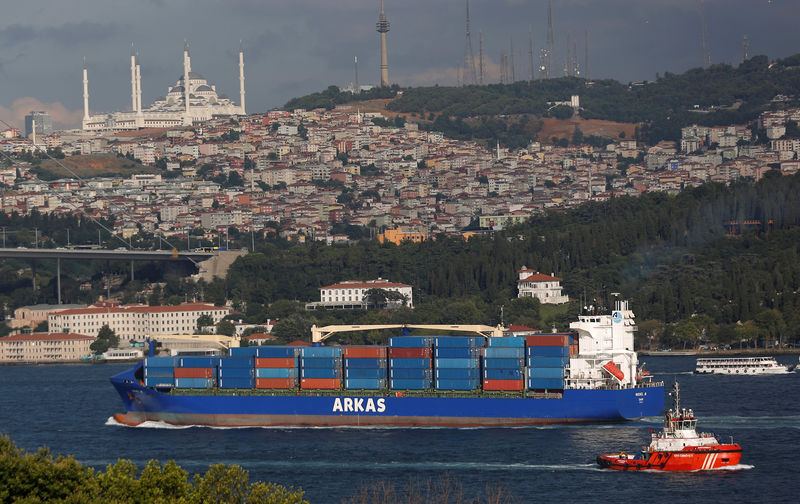 © Reuters. Turkish-flagged container ship Michel A of Arkas Holding sails in the Bosphorus, on its way to the Black Sea, in Istanbul

GENEVA (Reuters) – Turkey will introduce quotas on the amount of steel it imports from Oct. 17, with an additional 25 percent duty levied on any imports above the quotas, it said in a filing published by the World Trade Organization on Monday, blaming a surge in imports.

It said it had begun investigating the case for emergency “safeguard” measures in April, after U.S. President Donald Trump imposed a 25 percent tariff on steel. That, and subsequent trade restrictions in other areas, including the European Union, India and Indonesia, had diverted steel towards Turkey.

“These protective policies have been unforeseen developments directly affecting the amount of imports of the product concerned into Turkey,” the WTO document said.

“Turkey has been an attractive market for these steel products that are subject to increasing number of protective measures. Therefore, the measures that have been begun to be applied worldwide …have triggered an increase of imports of the products concerned into Turkey.”

Turkey’s steel quotas are a provisional safeguard measure, permitted under WTO rules if a country wants to shield a particular industry at risk from a sudden, unforeseen and damaging surge in imports.

It is expected to compensate trade partners who lose out by lowering trade barriers in other areas.

The quota for flat products was set at 3.1 million tonnes, less than half the 8.4 million tonnes that Turkey imported in 2017, the filing said. For long products, the quota was 558,534 tonnes, compared to 2017 imports of 1.3 million tonnes.

The quotas do not apply to hot-rolled stainless steel because it is not produced in Turkey.