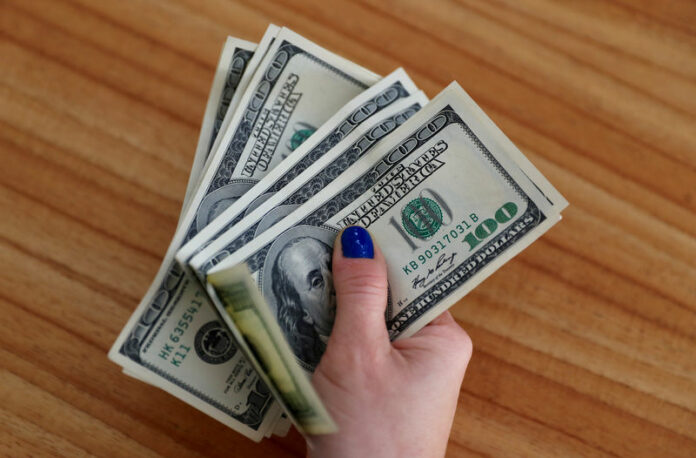 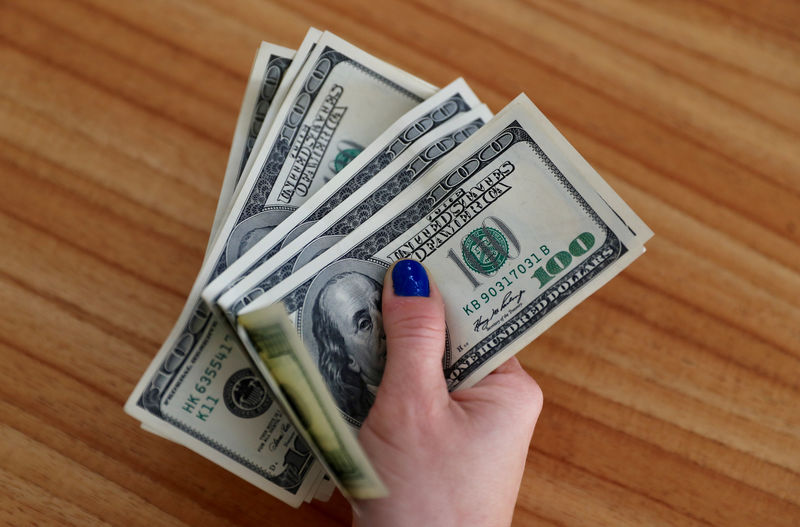 © Reuters. A woman shows U.S. dollar bills at her home in Buenos Aires

(Reuters) – The U.S. dollar traded near its lowest level in nearly two weeks against its major peers on Friday as declining U.S. treasury yields and further losses on Wall Street soured sentiment.

The (), a gauge of its value against six major currencies, traded at 95.07 on Friday, down from its monthly high of 96.16 hit on Tuesday.

A weaker than forecast rise in U.S. consumer prices undermined the dollar as traders cut back their wagers on the U.S. Federal Reserve stepping up the pace of its planned rate rises.

Fed officials said last month they expected three rate hikes in 2019, and some have said they are open to a rate increase in December, which would be the fourth this year.The benchmark 10-year Treasury yield () fell to 3.1724 percent on Friday after hitting a seven-year peak of 3.261 percent on Tuesday.

The euro () was the primary beneficiary of broad-based dollar weakness on Friday, hitting a fresh weekly high at 1.6003 on the back of dollar selling and a positive tone in minutes of the last European Central Bank (ECB) meeting.

The minutes suggested the ECB was on track to normalize its ultra-loose monetary policy this year despite concerns about slowing growth in Europe.

“We’ve heard quite a bit of comment from eurozone policymakers recently about rising inflation including from (ECB) President Draghi and the message is consistent, which is that price pressures are growing,” said Kathy Lien, Managing Director of foreign exchange strategy at BK Asset Management.

“Part of this is due to the higher oil prices but the weaker euro also boosts inflation,” she added, noting there could be more dollar/euro short covering with multiple moving average resistance points between 1.1.1580-1.1630.The Japanese yen