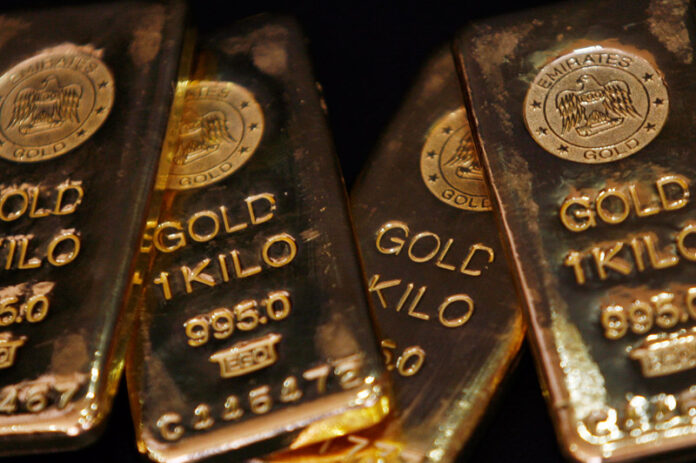 Investing.com – Gold prices headed higher on Friday, marking fresh 3-month highs, as investors continued to seek out the precious metal as a safe haven against a sea of geopolitical tensions and global macro uncertainties, while a falling dollar also lent support.

Meanwhile, the , which tracks the greenback against a basket of six major currencies, was down 0.19% to 94.59.

A weaker dollar boosts demand for gold as it makes dollar-denominated commodities more affordable for holders of other currencies.

Gold is still down about 9% from its April peak, as the dollar had benefited from early signs of the Federal Reserve’s preference for a higher-for-longer interest rate plan.

However, after the Fed increased rates for the third time this year, the recent spike in U.S. bond yields coupled with last week’s downturn in U.S. equities (their largest weekly decline since March) over fears of a global economic slowdown from the trade dispute between the U.S. and China have shifted demand from the greenback to gold.

Former Fed chair Janet Yellen reportedly warned Monday that the president’s remarks were “essentially damaging to the Fed and to financial stability,” adding that she did not believe that it was “a desirable thing for a president to comment so explicitly on Fed policy”.