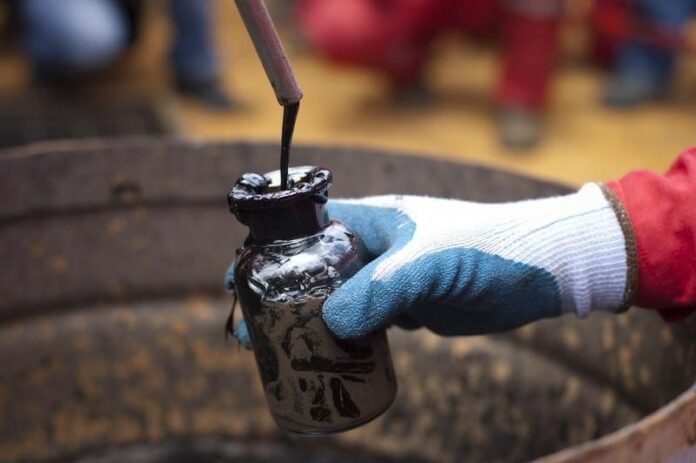 Investing.com – Oil prices rebounded on evidence of falling Iranian exports, but gains were limited by fears of another outsize crude build in weekly storage data.

Prices were propped up by data showing Iran exported 1.6 million barrels per day (bpd) in September, down from 2.7 million bpd in June and also helped by a rally in stock markets, with the up more than 1.5%

The Energy Information Aadministration is expected to cite a of a little more than 1 million barrels for the week to ended Oct. 12, forecasts by industry analysts showed. That would be much smaller than the inventory increases of 6 million and 8 million barrels it announced in two previous weeks, jolting traders who were expecting a lot less and causing a slump in oil prices.

The American Petroleum Institute, an industry group, will issue its own crude supply-demand on the Oct. 12 week at 4:30 p.m. ET on Tuesday. API’s data typically serves as a snapshot of what the market could expect from the EIA, though their numbers often diverge.

Separately, the EIA said on Monday that oil production from seven major U.S. shale basins was expected to rise by 98,000 barrels per day (bpd) in November to a record of 7.71 million bpd. U.S. oil production has increased steadily over the last five years, reaching a record high of 11.2 million bpd in the week to Oct. 5, with Goldman Sachs (NYSE:) last week the trend could continue into 2021 at least.

The crisis over the disappearance of journalist Jamal Khashoggi was another drag on sentiment amid speculation that Saudi Arabia could agree to put additional oil barrels on the market to appease President Donald Trump and avoid any U.S. sanctions. Trump has been pressuring Riyadh to partially offset the loss of supply from the U.S. action against Iran and the Khashoggi matter may have given him unexpected leverage, analysts say.

“We do expect to see (inventory) numbers tomorrow that could be above consensus,” said Tariq Zahir, managing member at New York energy hedge fund Tyche Capital Advisors. “But any settlement the Saudis agree directly or indirectly with the U.S. that will bring additional barrels to the market will be another impediment to prices.”