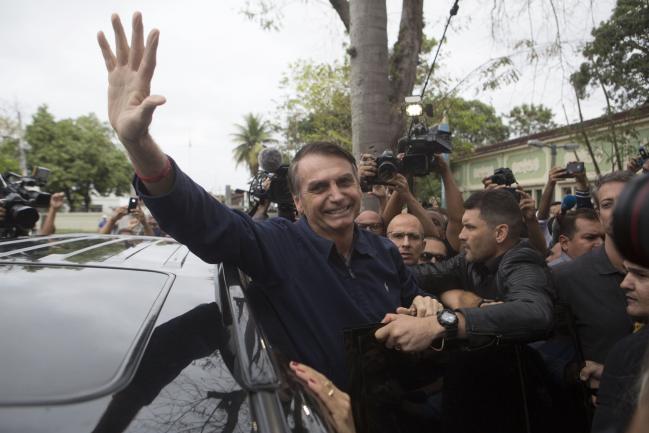 “We’re going to reevaluate Mercosur to see if it’s worth it,” said Luiz Philippe de Orleans e Braganca, an heir to the last Brazilian emperor who advises Bolsonaro on foreign policy. “Today, Mercosur is a hindrance to free trade,” said Braganca, who was recently elected lower house deputy for Bolsonaro’s PSL party.

Unlike Donald Trump’s rewrite of the North American Free Trade Agreement, the idea is not to defend and protect local industry but to expose businesses to more competition. One proposal is to allow Mercosur members more flexibility to negotiate trade deals outside the four-country customs union. Another aims to reduce the group’s common external tariffs as a way to pressure companies to become more competitive, according to a second person on Bolsonaro’s foreign policy team.

Bolsonaro’s press office said both proposals are possible and will be evaluated.

Bolsonaro leads over his leftist rival Fernando Haddad by a wide margin ahead of the Oct. 28 runoff vote. His liberal economic adviser and designated finance minister, Paulo Guedes, has been meeting with a group of consultants from academia and finance to detail initial economic and foreign policy initiatives, according to a third person who participates in the group. Guedes, a liberal economist trained at the University of Chicago, also proposes down-sizing the Brazilian state and cutting taxes.

Mercosur, which also includes Argentina, Uruguay and Paraguay, has failed to clinch any meaningful trade deals and has been negotiating an agreement with the European Union for more than a decade.

In a further sign of a pending about-face in foreign policy, Bolsonaro intends to transfer the foreign ministry’s trade negotiating powers to the economic team. The finance ministry would also incorporate the planning and the industry and trade ministries, according to the second aide, who asked not to be named.

In an interview with Bloomberg, Brazil’s outgoing foreign minister Aloysio Nunes Ferreira said Mercosur is already undergoing important changes as its members are bringing down internal trade barriers. But Nunes stressed that a more flexible external tariff policy wouldn’t be easy to implement.

The minister also warned against some of the more radical shifts in Brazil’s longstanding foreign policy proposed by the Bolsonaro campaign, such as moving the Brazilian embassy in Israel from Tel Aviv to Jerusalem, cutting ties with Venezuela or seeking full alignment with the US.