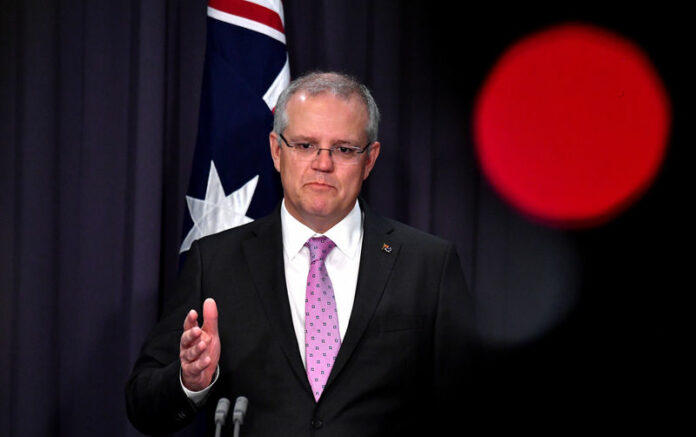 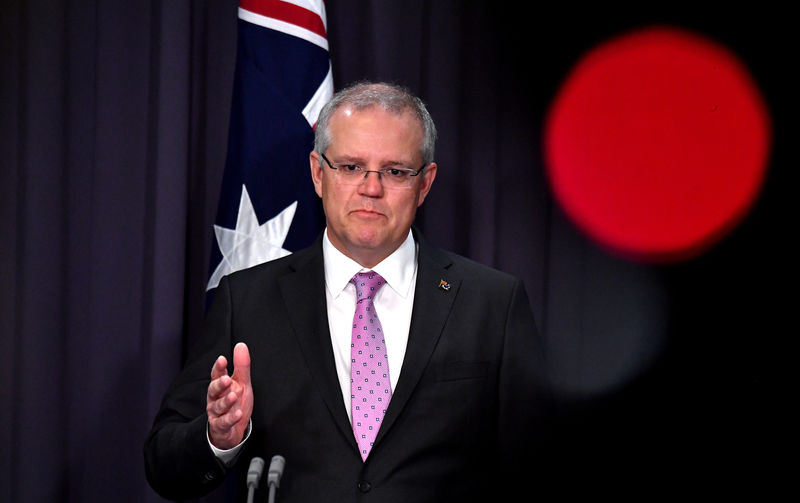 © Reuters. FILE PHOTO: Prime Minister Scott Morrison speaks to the media during a press conference at Parliament House in Canberra

SYDNEY (Reuters) – Australian Prime Minister Scott Morrison said on Wednesday a billion-dollar free trade agreement with Indonesia will be signed this year despite a furious reaction to Canberra’s potential move to recognize Jerusalem as Israel’s capital.

Morrison said on Tuesday he was open to moving Australia’s mission to Jerusalem from Tel Aviv. His willingness to reverse decades of foreign policy and follow the lead of the United States alienated many of Australia’s Asian neighbors that have close alliances with Palestinians.

Morrison, who faces a critical by-election on Saturday that will determine whether his government keeps its one-seat majority, said his government had been assured Indonesia would honor its commitment to the deal worth more than A$16 billion ($11.4 billion).

“There’s been direct communication between myself and the president (of Indonesia) as well as between our foreign ministers and with the trade ministers,” Morrison told reporters in Canberra.

“The Indonesian trade minister has made it very clear on the public record that is not an issue of concern to them,” he said.

The agreement, which has been in the works for nearly a decade, offers Australia a chance to boost rural exports, which dominates two-way trade.

Indonesia, the world’s biggest Muslim-majority country and a major buyer of wheat and beef, bought more than A$3 billion of Australian agricultural commodities in 2017, according to government data.

Fiona Simson, president of Australia’s National Farmers Federation, which represents the rural sector, cautioned Morrison on Wednesday against any move that would threaten exports.

While threatening to anger rural voters, Morrison’s potential policy shift could help his government retain its one- seat parliamentary majority.

Voters in the Sydney harborside electorate of Wentworth will decide on Saturday who will replace former prime minister Malcolm Turnbull, who quit politics after he was ousted in a party-room revolt in August.

Wentworth, an affluent and diverse constituency, is home to a large Jewish community. Census figures show 12.5 percent of people in Wentworth are Jewish, a significantly larger proportion than elsewhere in Australia.

The status of Jerusalem is one of the thorniest obstacles to a peace deal between Israel and the Palestinians. Israel regards all of the city, including the eastern sector that it annexed after the 1967 Middle East war, as its capital.

The candidate contesting the by-election for Morrison’s Liberal party, Dave Sharma, is a former Australian ambassador to Israel who was credited with the idea to relocate the embassy.

Morrison will have to negotiate with independent lawmakers in order to continue governing in a minority if his Liberal-National coalition loses the by-election, which opinion polls show will be a very tight contest.