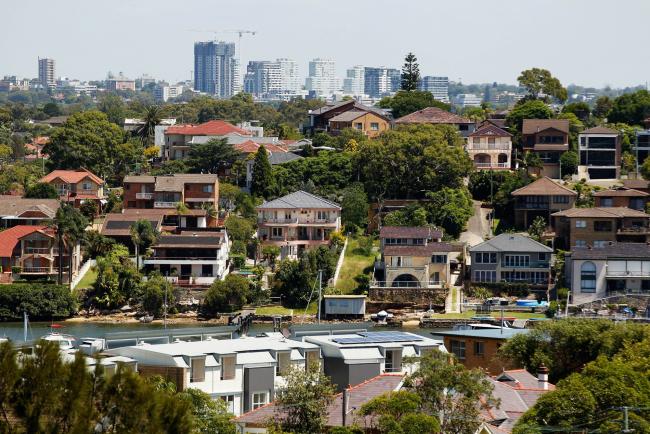 (Bloomberg) — U.S. private equity giants are muscling in on Australia’s lucrative home loan business, shrugging off the risks of a falling market to seize an opportunity created by the retreat of the big domestic lenders.

KKR & Co., Blackstone (NYSE:) Group LP and Cerberus Capital Management LP have all snapped up small Australian mortgage lenders in the past 14 months, providing the heavyweight backing that has made non-bank lenders the fastest-growing source of new home loans this year.

With the non-banks unable to take deposits, much of their foray into home lending is being funded via the capital markets. While total issuance of residential mortgage-backed securities has fallen this year, the smaller lenders have been responsible for well over half of the market.

“The non-bank sector is changing,” said Andrew Papageorgiou, investment manager at the Melbourne-based fund manager Realm Investment House, adding that the backing of KKR and others would enhance access to the deeper European, U.K. and U.S. funding markets. “Having a private equity backer of significance changes the nature of the conversation with your senior bank funder and probably opens up a great number of options,” Papageorgiou said.

After KKR agreed to buy non-bank lender Pepper Group Ltd. in August 2017, Blackstone snapped up an 80 percent stake in La Trobe Financial Services Pty. at the end of the year, and Cerberus Capital Management LP agreed to purchase Bluestone in February.

Under pressure from regulators, the large banks which dominate the Australian home loans market have pulled in their horns. Westpac Banking Corp. and its peers have curbed interest-only and investment lending, stopped loans to foreign buyers and introduced stricter verification of income and expenditure. The tighter standards have allowed non-banks to pick up a slice of the near-prime market, said Taosha Wang, a credit analyst at Pacific Investment Management Co. in Hong Kong.

A Moody’s Investors Service analysis of the mortgages contained within the debt issued by non-bank lenders shows the proportion of loans issued to investment buyers rising to about 35 percent at the end of 2017, from around 15 percent in 2014. While riskier than traditional owner-occupier loans, “such mortgages are less risky than the non-conforming or alternative documentation loans that most non-bank lenders have traditionally focused on,’’ Moody’s said in a June report.

The shift has helped cushion some of the effects of reduced bank credit on the Australian property market, where prices have fallen for 12 straight months. “The rate of decline in Australian house prices would certainly be more without non-bank mortgages,’’ said Jonathan Reeves, a lecturer in financial economics at the University of New South Wales Business School.

However, the effect is at the margins because the growth in non-bank lending is happening from a very low base. That explains why Australian regulators remain relaxed about the trend. “Lending by non-prudentially regulated lenders has picked up, but they must still comply with responsible lending laws and are too small to fully offset the tightening from other lenders,” the Reserve Bank of Australia said in its latest financial stability report.

Despite the end of Australia’s long housing boom, which saw Sydney prices rise 74 percent between 2012 and the middle of last year, there’s little sign of stress in the RMBS market. The proportion of non-bank loans included in RMBS that are subject to arrears has ticked up in recent months, but remains low in absolute terms.

As long as the arrears don’t escalate, the non-bank lenders and their private equity backers can continue to nibble away at what has traditionally been a lucrative market for Australia’s big banks, which have about 60 percent of their loan books in residential lending. For the banks, it’s a simple dynamic — their profits have been sustained by the comfortable spread between the average mortgage rate and the rate on money they can borrow in the wholesale market.

New Zealand central bank to hike cash rate by another half...