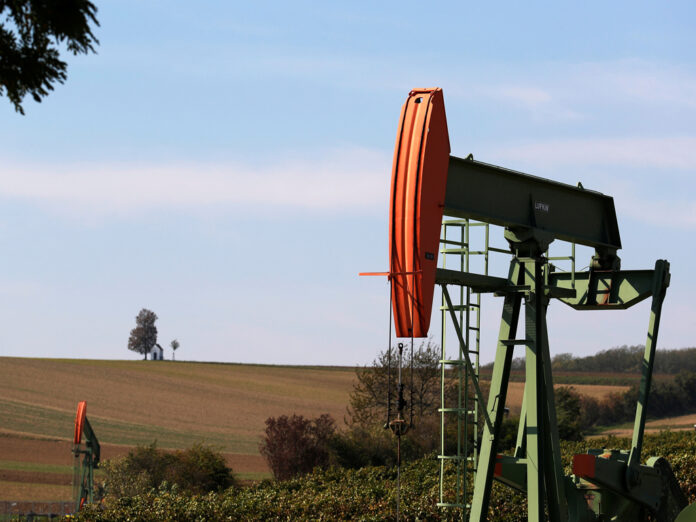 Oil prices slump after large increase in US stocks

NEW YORK: Oil prices fell on Wednesday, with US futures slipping below $70 a barrel for the first time in a month, after US stockpiles rose by 6.5 million barrels, almost triple what analysts had forecast, while exports dropped.

US light crude oil fell to $69.96 a barrel as of 10:54 a.m. EST (1454 GMT), down $1.96, or 2.7 percent. Oil had been rising on worries about Iranian sanctions and tensions between the United States and Saudi Arabia after the death of Saudi journalist Jamal Khashoggi.

“This market is dangerously close to $70. If it goes down through $70, I think some of that speculative position may have interest in getting out, and that could accentuate the downside,” said Bob Yawger, director of futures at Mizuho in New York.

Crude stocks rose 6.5 million barrels for the week through Oct. 12, and exports were down to 1.8 million bpd, the US Energy Information Administration said, in a report analysts characterized as bearish. Oil futures were already sinking in anticipation of larger crude inventories and in tandem with recent declines in equity markets worldwide.

The scandal over the disappearance of prominent Saudi critic and journalist Jamal Khashoggi, who disappeared two weeks ago after entering the Saudi consulate in Istanbul, had underpinned oil markets earlier in the week.

US lawmakers pointed the finger at the Saudi leadership and Western pressure mounted on Riyadh to provide answers, but President Donald Trump’s comments suggested that White House may not take additional action against the Saudis, particularly after Saudi Arabia has said it will conduct an investigation.

New US sanctions on Iranian oil exports start on Nov. 4, while Iran has accused Saudi Arabia and Russia of breaking an OPEC-led agreement on output cuts by producing more crude.