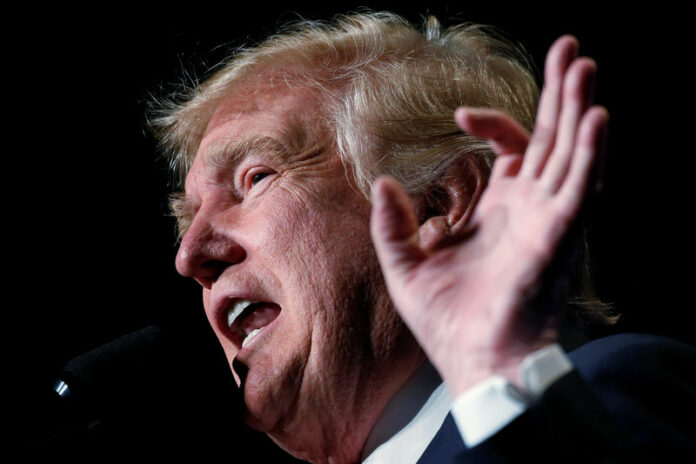 For All Trump’s Talk, the Saudis Don’t Buy That Much Stuff From the U.S.

© Reuters. For All Trump’s Talk, the Saudis Don’t Buy That Much Stuff From the U.S.

Arguing against a rush to judgment in the case of Jamal Khashoggi, the Washington-based journalist allegedly murdered by a Saudi hit team, Trump has repeatedly cited the importance of that trade — and rejected growing calls in Congress to cut it off. “That would be hurting us,” the president said last week. “We have jobs, we have a lot of things happening in this country.”

Trump likes to tout what he describes as $110 billion in arms deals signed during his visit to Riyadh last year. The figure is inflated, according to Bruce Riedel at the Brookings Institution, who analyzed Trump’s claim and found the headline number to be a mishmash of previously signed agreements and vague wishlists. Still, it’s true that Saudi Arabia is a big military spender and one of the best customers for the U.S. arms industry. And its purchases from companies like Lockheed Martin Corp (NYSE:). do generate American jobs.

But that’s the case for all exports of everything to everywhere. And in the aggregate, planes and tanks included, the Saudis just don’t buy that much stuff from America.

It’s clear from a comparison with the closest economy in size to Saudi Arabia’s — which happens to be Switzerland, about as different from the desert kingdom as could be: snowy, hyper-democratic, and famous for staying above the geopolitical fray.

The Swiss consistently buy more U.S. goods than the Saudis, and the gap has been widening in the past two years as exports to Saudi Arabia declined.

Of course, Trump is probably hoping that those Saudi numbers can be made to spike higher — especially if American pressure is applied over Khashoggi. Even before the journalist’s disappearance, Trump was complaining that actual Saudi purchases fell short of promised ones.

And Saudi Arabia’s strategic importance for the U.S. goes far beyond the quantity of American weapons it buys. It’s the chief supplier of oil to the global economy and sits in the heart of the world’s most combustible region, where it’s aligned with America against rivals led by Iran.

Still, in strictly economic terms the impact of an arms embargo would be limited. Who thinks the U.S. would suffer much if for some reason it called off sales of precious metals and stones to Switzerland, which last year were multiples larger than the weapons trade with the Saudis?

Short-Term Debt: CP supply up on demand for funds from PSU cos, NBFCs

Short-Term Debt: CP supply up on demand for funds from PSU cos, NBFCs