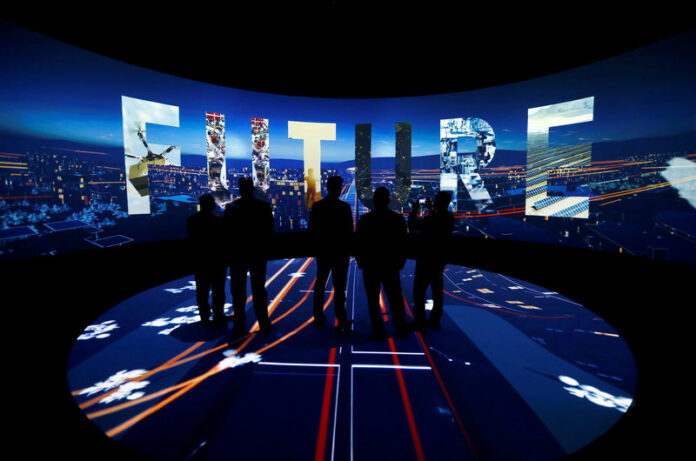 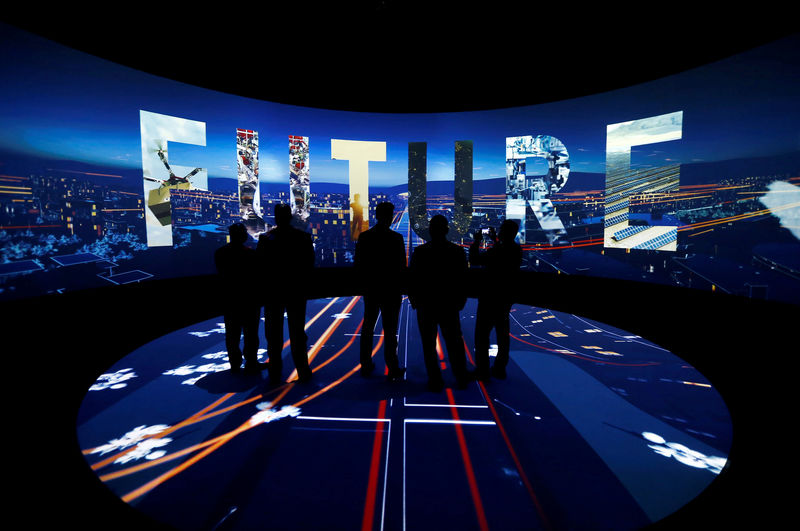 © Reuters. FILE PHOTO: Visitors watch a 3D presentation during an exhibition on ‘Neom’, a new business and industrial city, in Riyadh

DUBAI (Reuters) – Gulf Arab economies are likely to accelerate over the next couple of years as governments boost spending, but growth will not return to the boom levels enjoyed before oil prices plunged in 2014, a quarterly Reuters poll of economists found.

Since mid-2018, the countries have been increasing oil production as restrictions imposed by a global agreement to restrain output have eased. This is expected to inflate gross domestic product in their oil sectors.

Meanwhile, higher oil prices are giving governments more money that they can spend to stimulate demand in the non-oil parts of economies. Brent crude () is above $80 a barrel, near four-year highs, up from around $75 three months ago.

“Most governments are currently in the process of preparing their budgets for 2019 and the backdrop of higher oil prices means that the authorities are likely to put forward plans to raise spending significantly next year. That should help to support growth in non-oil sectors.”

Saudi Arabia has already said it plans to increase state spending over 7 percent next year, and on Tuesday, it appeared to loosen fiscal policy slightly in an announcement on annual allowances for state employees.

The poll of 17 economists projected Saudi gross domestic product would grow 2.0 percent this year, 2.5 percent in 2019 and 3.0 percent in 2020, after shrinking 0.9 percent last year, its first decline since the global financial crisis in 2009.

Growth in the United Arab Emirates, Kuwait and Qatar is also expected to accelerate in 2019 and rise further or maintain that level in 2020. The UAE’s GDP is predicted to expand 3.1 percent next year and 3.5 percent in 2020, after 2.5 percent this year.

Nevertheless, growth in the region is not likely to come close to rates seen in the boom years. Saudi Arabia averaged over 5 percent in the five years through 2014; the UAE averaged 4.5 percent.

One reason is that private sectors have been hurt by the slump of the last few years; companies across the region are cautious in hiring and real estate prices are sinking. Also, U.S. monetary tightening is lifting Gulf interest rates.

Meanwhile, many economists do not expect oil prices to keep rising in the long term, so governments will save rather than spend much of their windfall revenues. Capital Economics, for example, forecasts oil will fall back to $60 by the end of next year and $55 by the end of 2020.

It is too early to say whether the international furor over the disappearance of dissident Saudi journalist Jamal Khashoggi will have any effect on the Saudi economy, analysts said, but it could slow foreign investment and therefore growth.

The two smallest and financially weakest members of the six-nation Gulf Cooperation Council, Bahrain and Oman, are not expected to see a surge in growth next year because their state spending is constrained by big budget deficits.

Bahrain this month obtained commitments from its rich Gulf allies for a $10 billion, multi-year aid package, but that is tied to deficit-cutting reforms that are to include spending reductions in some areas.