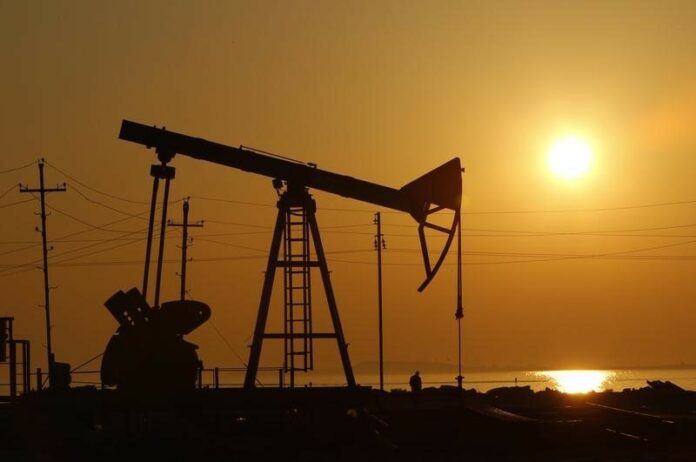 © Reuters. Oil slides on uncertainty over what Iran sanctions will bring.

Investing.com – With a little more than two weeks to go until the most-anticipated development in oil markets this year, traders look flummoxed about the impact of Iran oil sanctions due Nov. 4.

Prices for New York-traded and its U.K. peer settled down again on Thursday after falling 3% the previous day, as U.S. showed an outsized build for a fourth week running.

Data from TankerTrackers, an independent oil cargo surveyor, showed on Wednesday that Iran exported 2.2 million barrels per day in the first two weeks of October, not far from the peak of 2.7 million bpd it shipped in May before the U.S. decision to reimpose sanctions against the Islamic state.

A mix of confusing signals from Saudi Arabia’s crisis over missing journalist Jamal Khashoggi to varying supply-demand reports from sources tracking the global movement of crude added to market noise in the latest session.

“I feel like this is a classic ‘gut check’ to the bulls in front of the Iran sanctions as … everyone (got) into a bullish frenzy, where the derivatives traders bought futures, the physical traders bought cargos and we all talked ourselves into being long $85 Brent, as everyone was talking about $100 oil,” said Scott Shelton, broker at ICAP (LON:) in Durham, N.C..

“The buying is done now, (but) I still find us to be on the bottom of the range. We may stay here for a while as the market mentally struggles with the WTI spreads being contango and the spread yield to being long WTI has evaporated,” Shelton added.

WTI’s front-month contract, November, settled down $1.10, or 1.6%, at $68.65 per barrel, after hitting a one-month low at $68.47. November WTI’s spread, or difference, with the ensuing month December was a negative 10 cents, a situation described in commodity markets as contango. Since financial speculators in crude do not take delivery of physical oil, they roll out of the front-month to the subsequent month before contract expiry. A negative yield at that moment will mean loss of money.

Brent hit four-year highs above $86 a barrel two weeks ago, heightening speculation that it would reach $100 by the end of the year or early 2019 from the combination of Iranian sanctions and supply squeezes in other major oil producing countries such as Libya, Iraq and Venezuela.

That view has since crumbled after the EIA announced an unexpectedly large crude build of nearly 7 million barrels last week, after previous weekly rises of 8 million, 6 million and 2 million barrels.