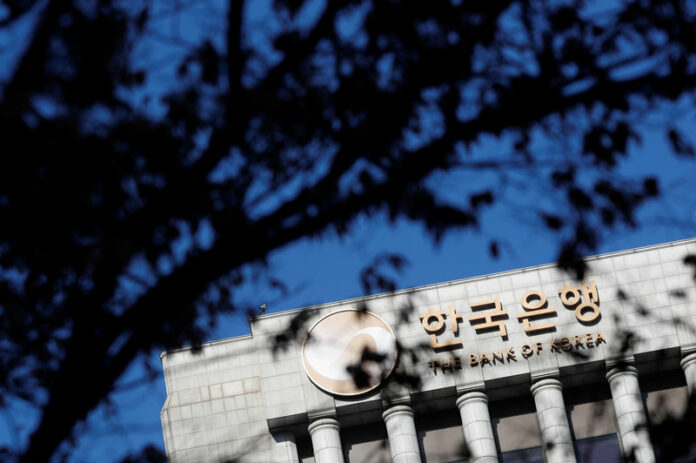 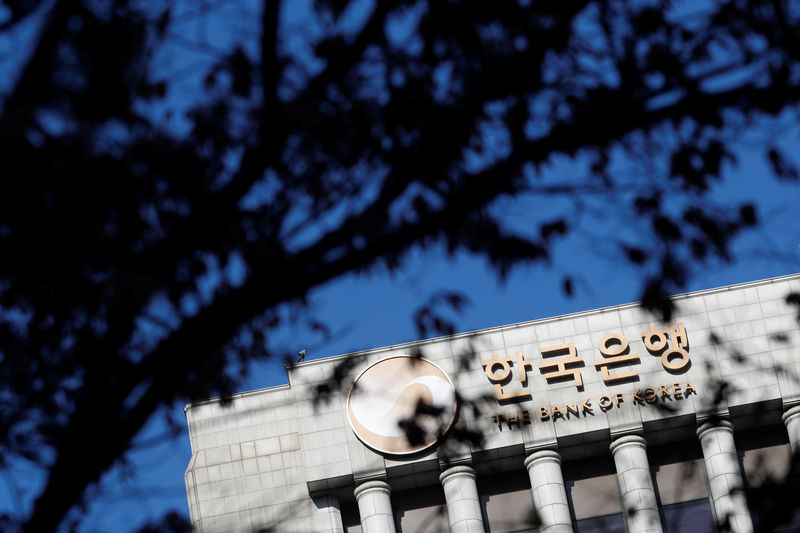 © Reuters. FILE PHOTO: The logo of the Bank of Korea is seen in Seoul

SEOUL (Reuters) – South Korea’s central bank kept monetary policy steady on Thursday for a seventh straight meeting, as it assessed new signs of softness in the economy and the potential fallout from global trade frictions.

After the BOK decision, the won

Still, the majority of economists surveyed by Reuters expect a quarter-point increase to 1.75 percent at the bank’s next meeting in November.

BOK Governor Lee Ju-yeol has previously acknowledged that the bank needs to address mounting financial imbalances from years of emergency stimulus released between 2012 to 2017.

“The growing policy interest rate differential and household debt, as well as soaring Seoul home prices are risks to financial stability. The bank will need to raise interest rate within this year to address these,” Yoon Yeo-sam, an analyst at Meritz Securities said before the rate decision.

Kong Dong-rak, an economist at Daishin Securities, said the chances of a rate hike in November are higher now, adding he expects Governor Lee to give a clear hiking signal to the public during the press conference later on Thursday.

Governor Lee on Oct. 4 warned the bank’s 2018 economic growth outlook could be downgraded from the current 2.9 percent forecast and flagged concerns about rising household debt and the need to adjust policies accordingly.

The accelerating tit-for-tat trade war between Beijing and Washington also leaves South Korea’s export sector vulnerable with shipments declining 8.2 percent in September from a year earlier, the biggest drop in over two years.

While headline inflation is still below the bank’s target of 2.0 percent, an acceleration in September consumer inflation to 1.9 percent in annual terms should give policymakers some confidence to deliver a hike this year, says Kang Seung-won, an analyst at NH Securities.

“The economy can still grow at its potential growth rate, and as the BOK’s inflation outlook for next year is at 1.9 percent, a hike looks appropriate,” Kang said before the rate decision.

Lee will provide updated full-year forecasts for growth and inflation at a news conference scheduled for 11:20 a.m. Seoul time (0220 GMT).