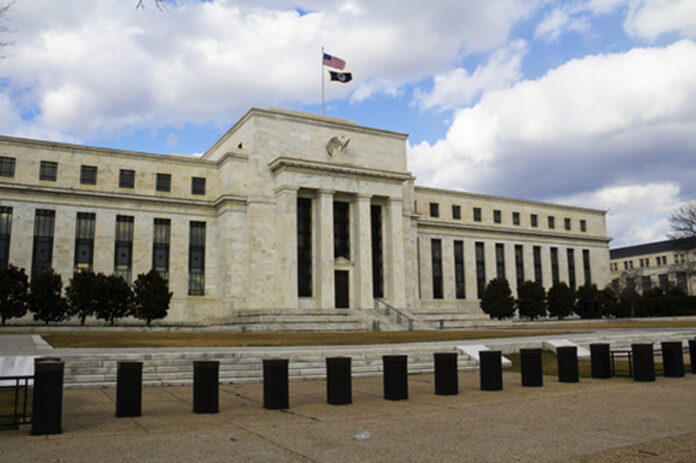 (Bloomberg) — Donald Trump has attacked the soft underbelly of the Federal Reserve’s campaign to raise interest rates, exposing what Jerome Powell himself probably recognizes is a potential vulnerability.

Amid his recent avalanche of criticism, the president has repeatedly lambasted the Fed chairman and his colleagues for hiking rates when inflation isn’t a problem.

“My biggest threat is the Fed because the Fed is raising rates too fast,” Trump told Fox Business television on Oct. 16. “You look at the latest inflation numbers, they’re very low.”

Powell has so far brushed aside Trump’s criticism, portraying the central bank’s actions as a move to normalize monetary policy in an “extraordinary” economy and saying the Fed was sticking with its strategy of gradual rate increases. And he’s argued that the central bank needs to keep its eye on possible financial froth — the trigger for the last two recessions — as well as inflation for signs of overheating.

That defense though may no longer be adequate if the Fed follows through with its projections to nudge rates into restrictive territory as growth slows and inflation stays tame. By the end of 2020, a substantial majority of policy makers expect to raise rates above their estimate of the long-term neutral level that neither restrains nor spurs growth, their forecasts show.

“Powell’s task has been made much more complicated by what Trump has said,” said economist Joseph Carson. He argues the Fed needs to raise rates to rein in buoyant asset markets and reduce the risk of destabilizing financial imbalances. That consideration was cited by a number of officials at their meeting last month, according to minutes of the gathering released Wednesday.

The thrust, if not the method, of Trump’s criticism has some support, part of it from unexpected quarters.

“You can believe that the Fed is raising rates too quickly, as I do, and also believe that weighing in the way Trump has is very, very bad,” liberal economist and Nobel Prize winner Paul Krugman said on Twitter on Oct. 12.

Trump is right: Inflation is not a problem, at least for now. After stripping out volatile food and energy costs, the personal consumption expenditures price index rose 2 percent in the 12 months to August, in line with the Fed’s inflation target.

In some sense, the Fed is a victim of its own success. Consumers and companies are so convinced that the central bank won’t let inflation get out of control that they act in ways that turn that belief into reality. And Powell wants to keep it that way.

The result though is that inflation may no longer be the best indicator of whether the economy is overheating, Powell said in an Aug. 24 speech.

“In the run-up to the past two recessions, destabilizing excesses appeared mainly in financial markets rather than in inflation,” Powell said. “Thus, risk management suggests looking beyond inflation for signs of excesses.”

It might not be easy, however, to justify tightening credit to counter such imbalances when inflation is tame, especially in the face of presidential criticism.

The Fed doesn’t have a mandate to prevent an unsustainable surge in prices of shares — such as occurred before the 2001 recession — or of homes — as happened before the devastating downturn of 2007-09.

And even if it could recognize bubbles before they form — no small task — steps to arrest them would likely prove politically unpopular — something that former Chairman Alan Greenspan found out when he warned of “irrational exuberance” in financial markets in 1996.

Even more politically toxic: Contending that higher interest rates are needed because joblessness is too low and has to rise. That’s an argument that Powell — who’s said “there’s a lot to like about low unemployment” — is certain never to make.

Powell’s recent comments are reminiscent of the long-standing debate among monetary policy makers about how they should respond to nascent asset bubbles or other excesses.

Should they lean against them by tightening credit more than justified by the economic fundamentals? Or should they wait to clean up the mess once the bubble has burst?

Powell appears more inclined than previous Fed chairs to consider employing interest rates when faced with potential financial imbalances. That would be in line with the approach espoused by his former Fed board colleague, Jeremy Stein.

“Monetary policy should pay attention to indicators of financial market stability or excess,” Stein, now at Harvard University, said in an email. That’s especially true in the U.S. where “the macro-prudential regulatory arsenal is pretty non-existent.”

Powell has played down the current risks to financial stability, describing them as “normal.” While many financial asset prices are elevated, “I wouldn’t use the bubble word,” he told lawmakers in July. Even with the stock market’s recent weakness — which Trump blames on the Fed — the Standard & Poor’s 500 Index is little changed since then.

Stein acknowledged that it’s not easy to incorporate financial stability risks into monetary policy — or to explain their role.

“If they are to influence monetary policy, it will have to be in a more judgmental, discretionary fashion, and one that may be harder to communicate,” he said. That may also result at times in “a bit more hawkish” approach to policy.

Powell senior special adviser Jon Faust foreshadowed the difficulties the Federal Open Market Committee might face in an article he wrote in December when at Johns Hopkins University.

“Despite a new openness to the idea of asset-market excesses in some parts of the economics profession, the profession is nowhere close to agreeing on a new dogma,” he co-wrote with economist Bob Barbera. “The FOMC will have to create and communicate a new consensus on this contentious and unsettled topic.”

And they’ll have to do that faced with a self-professed “low interest-rate” president who’s quick on the Twitter trigger.