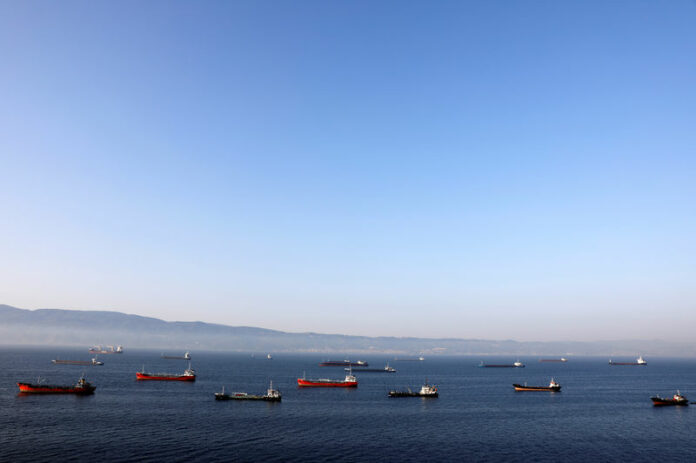 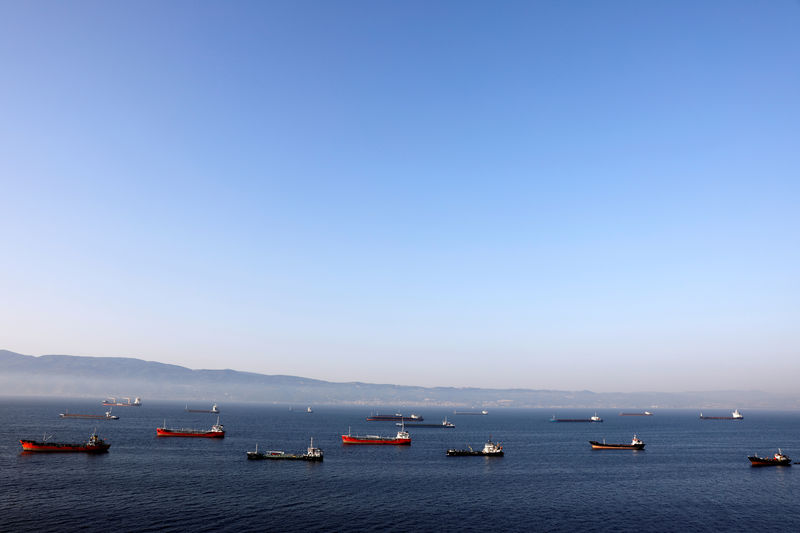 © Reuters. Oil tankers wait to dock at Tupras refinery near the northwestern Turkish city of Izmit

The United States is preparing to impose the new sanctions on Iran’s oil industry after Washington withdrew from a nuclear deal between Tehran and other global powers earlier this year, but is also considering offering waivers to some allies that rely on Iranian supplies.

NATO member Turkey depends heavily on imports to meet its energy needs and neighboring Iran has been one of its main sources of oil because of its proximity, the quality of its crude, and favorable price differentials.

Turkey has already made efforts to cut its purchases ahead of the U.S. sanctions, but would prefer to keep up some level of Iranian oil imports past November, an industry source familiar with the matter said.

“They would like to be able to continue importing 3-4 cargoes a month, like they did during the previous sanctions round. But if the U.S. would tell them to stop, they will oblige and work towards achieving that,” the source said.

Turkey imported around 97,000 barrels per day of Iranian oil in August and 133,000 bpd in September, compared with just over 240,000 bpd in April, tanker tracking and shipping data showed.

And in the first two weeks of October, Turkey has purchased three 1 million barrel-cargoes of Iranian oil – a level that would equate to about 97,000 bpd if it made no other purchases this month.

Asked if Washington was negotiating with Turkey for a waiver, a State Department official said the department was prepared to work with countries that are reducing their imports on a case-by-case basis.

On Monday, Brian Hook, the U.S. special representative on Iran, did not comment directly about any talks on waivers with Turkey. But he told reporters countries seeking sanctions relief must “explain their specific and unique circumstances”.

Hook said those conversations were private, but he added the State Department was “trying to advance our national security goals and also taking into account the needs of our allies and partners around the world.”

Refiners around the world are under pressure to avoid Iranian oil purchases because they want to maintain their access to the U.S. financial system – something they could lose if they flout the U.S. sanctions.

Indian refiners also cut imports of Iranian oil purchases last month in a sign they are preparing for November.

Washington’s plan to impose sanctions on Iranian crude could strain already soured ties between the United States and Turkey – at odds over a host of issues from diverging interests in Syria to Ankara’s ambition of buying Russian defense systems.

The release of an American pastor last week who had been in custody in Turkey for two years could signal a thaw in relations between the two NATO allies as Trump said he welcomed an end to the “harsh relationship” the countries had over the summer.

But Turkey has been vocally opposed to the U.S. sanctions on Iran, and has said it will not cut trade ties with Tehran at the behest of other countries.

During 2017, Iran was Turkey’s top source, accounting for 11.5 million tonnes of its total purchases nearing 26 million tonnes, followed by Iraq and Russia.