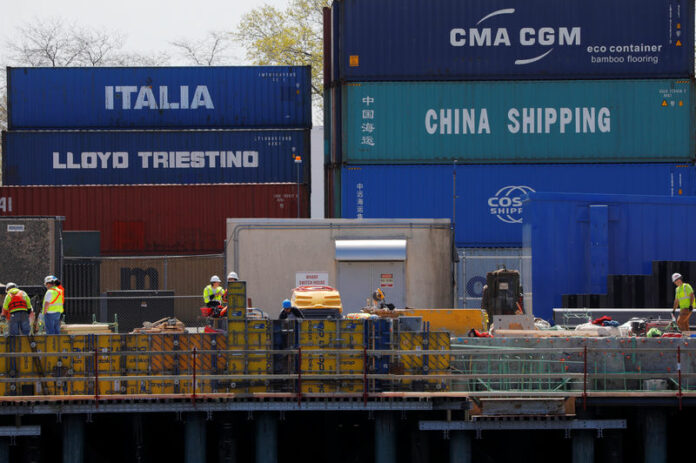 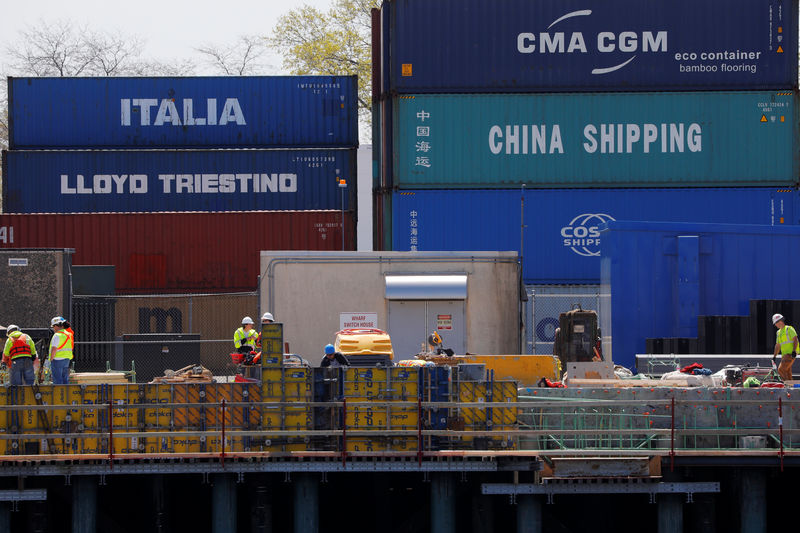 By Manjul Paul and Rahul Karunakar

BENGALURU (Reuters) – U.S. trade policy toward China over the next few years will become more confrontational, according to a majority of economists in a Reuters poll who remain convinced U.S. growth has peaked and will slow substantially next year.

The same survey showed the Federal Reserve will raise rates three times next year compared with just two in a poll taken only a month ago. That brings the consensus among Fed watchers in line with the central bank’s “dot plot” forecasts.

The economy is currently expanding at a brisk pace, in part from aggressive tax cuts passed into law late last year, and so economists have revised up some of their near-term growth forecasts.

But the latest Oct 10-18 survey of over 100 economists suggests tightening financial conditions and the trade war with China will soon start to slow growth.

Those are slightly higher than the September poll. But by end-2019, growth will have slowed to 2.1 percent.

“The fiscal support for the U.S. economy will start to fade through 2019,” noted James Knightley, chief international economist at ING. “Moreover, the strong U.S. dollar and gradual increases in interest rates will act as a brake on growth while trade uncertainty and emerging market fragility could also contribute to a gradual slowdown.”

That said, the median probability of a recession in the next two years also slipped from the previous poll, to 30 percent from 35 percent.

More than half of over 50 economists who answered an additional question said U.S. economic policy toward China in the next few years will become more punitive and confrontational, countering a lingering view that U.S. President Donald Trump’s administration will soften its tone.

“U.S. and China trade disputes are spilling over into other areas of the bilateral relationship between the two countries. The policy differences that are coming to a head today will not be easily or quickly resolved,” said Scott Anderson, chief economist at Bank of the West in San Francisco.

Last month, the administration threatened duties on another $267 billion of Chinese goods, on top of tariffs already levied on $200 billion and $50 billion previously. Beijing retaliated.

“There are potential talks between President Trump and (Chinese President) Xi (Jinping) planned for the G20 summit next month, but at the moment we wouldn’t hold much hope” for a deal, he added.

Just seven respondents in the poll predicted an improvement in U.S.-China trade relations.

Economists polled by Reuters have consistently said putting up trade barriers will do more harm than good.

Economists said they believed that a deteriorating U.S. fiscal position will give Washington fewer policy options to cushion the next downturn. They noted that tax cuts have widened the federal budget deficit to the highest in six years, expected to touch $1 trillion in the current fiscal year.

Without robust growth, “the deficit could rise sharply,” said ING’s Knightley. “Given the polarization of views on Capitol Hill this runs the real threat of government shutdowns, which could add to political, economic and market uncertainty.”

Economists also expect the Fed to hike rates once more this year, probably at the December meeting, taking the fed funds rate to 2.25-2.50 percent.

Despite a tame U.S. inflation outlook, Reuters poll medians show three Fed rate hikes next year, one more than the two predicted in the September poll and in every survey since the complete 2019 Fed outlook was first polled in March.