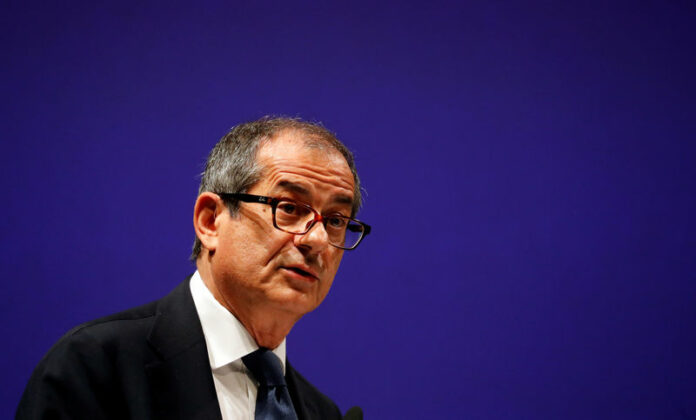 ROME (Reuters) – Italy’s Treasury told the European Commission on Monday it would stick to its contested budget plans in defiance of EU fiscal rules, but promised to intervene if it failed to meet its debt and deficit goals.

In a letter to the Commission, Economy Minister Giovanni Tria said he recognised that the 2019 budget, which is set to hike next year’s fiscal deficit to 2.4 percent of gross domestic product (GDP), was not in line with the EU Stability and Growth Pact.

However, he said the government had to respond to years of economic underperformance, adding it did not intend to further expand the budget deficit in 2020 and 2021.

“(The budget) was a hard, but necessary decision in light of Italy’s delay in catching up to pre-crisis levels of GDP and the desperate economic conditions in which the most disadvantaged citizens find themselves in,” Tria wrote.

“The government trusts that what it has explained is sufficient to clear up the setup of its budget and that the (fiscal) law will not put at risk the financial stability of Italy or other EU state members,” he added.

The European Commission sent Rome a warning letter about the budget last week — the first formal step of a procedure that could lead to Brussels rejecting the fiscal package and imposing fines on Italy.

An EU spokesman said on Monday that the European Commission would discuss and decide on Tuesday the next steps in the procedure for assessing Italy’s 2019 draft budget.