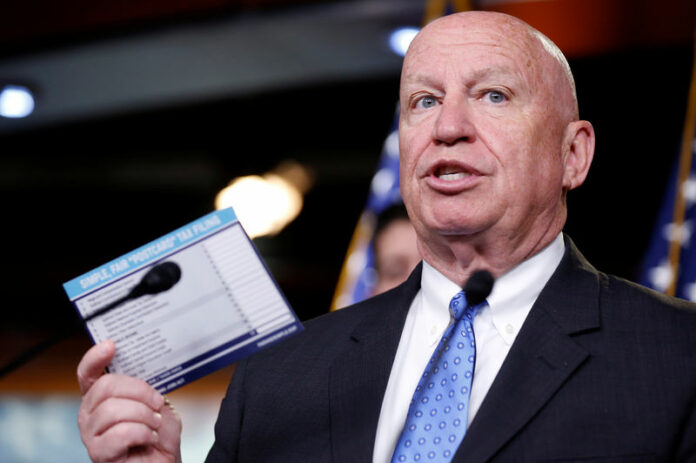 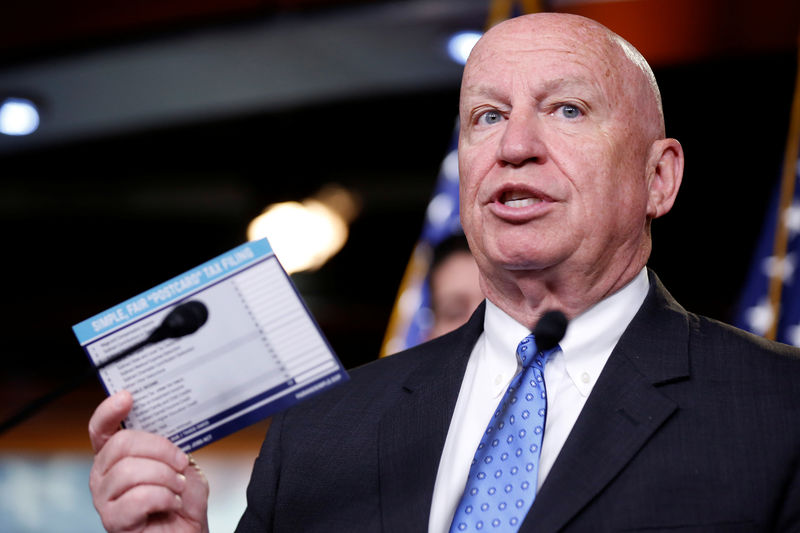 © Reuters. Chairman of the House Ways and Means Committee Brady (R-TX) holds up a sample tax form as he speaks during a media briefing in Washington

WASHINGTON (Reuters) – The top Republican lawmaker on tax policy in the U.S. House of Representatives said on Tuesday that he is working with the White House and Treasury to develop a new 10 percent middle-class tax cut plan that President Donald Trump began touting over the weekend.

Representative Kevin Brady, who chairs the tax-writing House Ways and Means Committee, said the plan would be crafted in “coming weeks” and would advance in Congress if Republicans retain control of the House and Senate in midterm elections on Nov. 6.

“President Trump believes American families deserve to keep more of what they work so hard to earn. We agree,” Brady said in a statement.

In what is widely seen by lobbyists as the latest Republican campaign message on taxes, Trump told reporters on Tuesday at the White House that the plan would emerge soon.

“This will be on top of the tax reduction that the middle class has already gotten. And we’re putting in a resolution, probably this week,” the president said.

Trump’s comments came a day after congressional and administrative staff appeared to be caught off guard by word of a new tax cut, which first surfaced on Saturday.

The White House on Tuesday described the new tax cut as an agenda item for 2019 and suggested it could be offset by cuts in spending.

Republicans are in a pitched battle to retain their control of the House and Senate against an energized Democratic voting base that has made contests competitive even in some Republican strongholds.

“What President Trump is doing on the (campaign) trail is, he’s just describing what he wants to be in the tax bill that moves next year,” Trump economic adviser Kevin Hassett told MSNBC on Tuesday.

“You could expect in our budget, and also in our approach to legislation next year, that we’re going to be pursuing a big reduction in government spending.”

“Because of the fact that the economy is doing so well, we feel like we can give up some more. I couldn’t have gotten that extra 10 percent when we originally passed the (tax) plan. We maxed out,” Trump said.