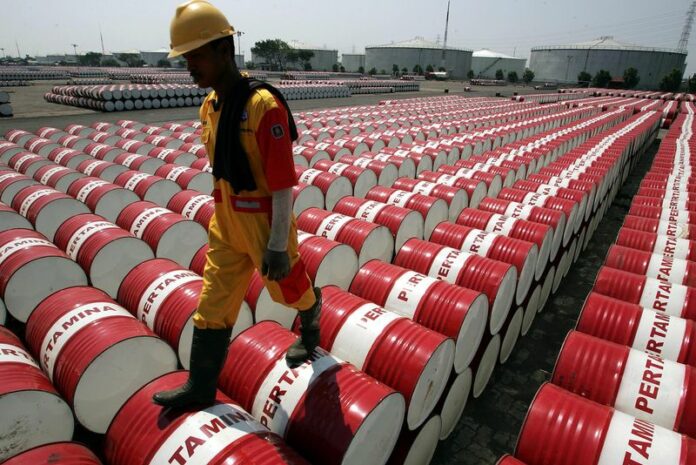 The EIA data showed that rose by 6.35 million barrels in the week to October 19.

Prior to the release, oil was headed higher as prices rebounded after plunging as much as 5% in the previous session as Saudi Arabia said it would keep markets supplied despite the upcoming U.S. sanctions against Iran.

Saudi Oil Minister Khalid al-Falih said on Tuesday that the kingdom has no intention of unleashing a 1973-style oil embargo on Western consumers, despite its worsening crisis from allegations that it murdered journalist Jamal Khashoggi. Instead of restricting supplies, Saudi Arabia would step up to “meet any demand that materializes to ensure customers are satisfied.”

In early September, OPEC and industry sources said Saudi Arabia was trying to keep oil at between $70 and $80 per barrel, partly to maximize revenue.

U.S. sanctions due on Nov. 4 are expected to reduce oil exports from Iran and has boosted oil prices by as much as 25% initially this year.

Commercial crude inventories rose by 9.9 million barrels in the week to Oct. 19 to 418.4 million, industry group the American Petroleum Institute said on Tuesday.

In other news, China’s state planner said on Wednesday it would offer more financial support for companies affected by the trade dispute between U.S. and China.

Last week, President Xi Jinping offered support to the country’s private sector, while the State Council also said on Monday that it would support bond financing by private firms, adding that the People’s Bank of China will provide funding to facilitate this, although the central bank did not provide any details of the size of the plan or a timeline at the moment.