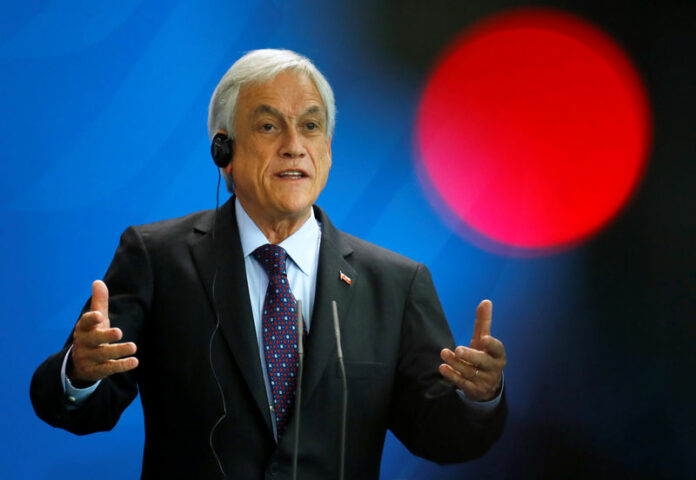 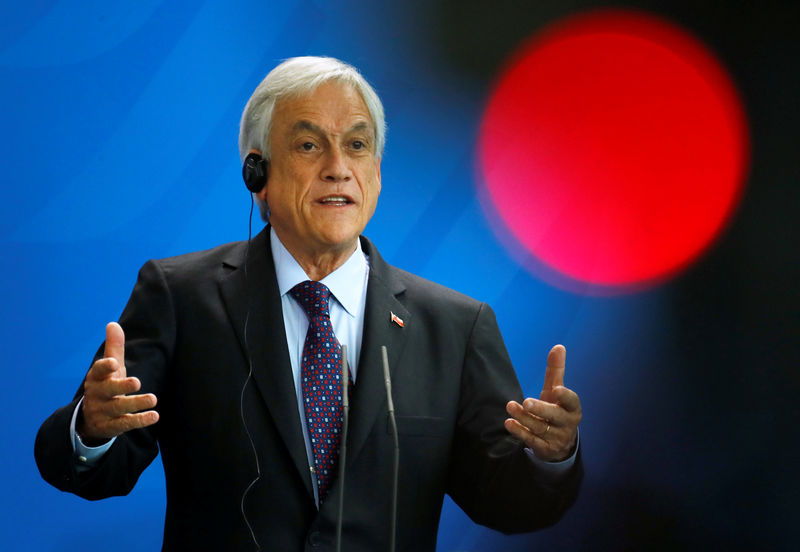 SANTIAGO (Reuters) – Chilean President Sebastian Pinera presented a plan on Sunday to reform the country´s ailing pension system in an effort to boost payouts seen by many as insufficient in one of Latin America´s most stable economies.

Pinera said in a televised evening address that he would ask employers to pick up the tab for an additional 4 percent contribution to each of their workers´ pension funds, to be phased in and managed by an administrator of the employee´s choosing.

He said the government also would boost its contribution to a collective fund to 1.12 percent of gross domestic product from 0.8 percent, while kicking in additional funds for the middle class, women and those who delay retirement.

Pinera, a conservative billionaire who first served as Chile’s president from 2010 to 2014, said the plan would carry an overall price tag of $3.5 billion.

“This reform … will require a great effort on the part of both the business community … and the state,” Pinera said in the speech.

The reforms must be approved by Congress before they can be implemented.

Chile´s highly privatized pension system, introduced in the 1980s under dictator Augusto Pinochet, has been widely imitated around the world. Pensions in Chile are currently managed by six powerful private fund administrators, known as AFPs, holding nearly $200 billion in assets.

But as elsewhere across the globe, pensions have often fallen short of expectations, prompting angry protests in recent years by Chileans saying they have been short-changed.

Pinera said his tweaks would offer workers more options so they could “choose freely who administers the additional 4 percent” contributed by employers. Workers would be able to select from a wider diversity of for- and non-profit fund managers, thus increasing competition in the industry, Pinera added.

In a nod to the opposition, Pinera´s proposal incorporated some elements of a plan presented by his predecessor, socialist President Michelle Bachelet, including the measures to increase competition among fund managers.

Many in Chile blame the for-profit pension fund administrators for low payouts.

But Pinera said in his Sunday speech that an aging population, insufficient pension contribution rates, poor-paying jobs and high unemployment rates had all conspired to reduce payouts, prompting the need for reforms.