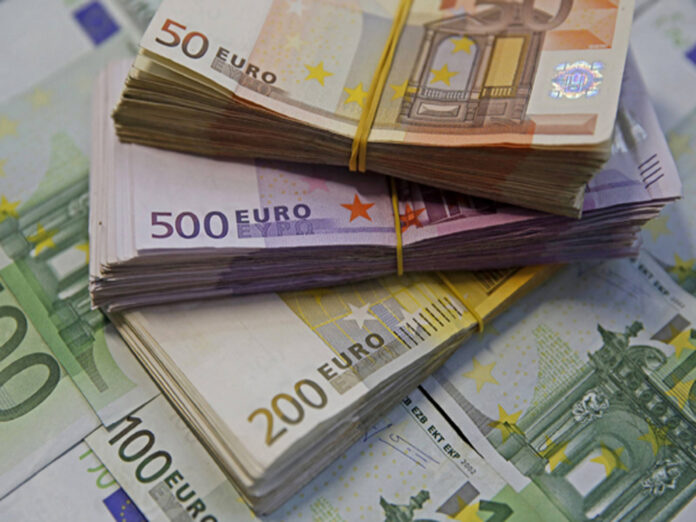 LONDON: The euro briefly weakened on Monday after a report that German Chancellor Angela Merkel will not seek re-election as party chairwoman, marking the end of a 13-year era in which she has dominated European politics.

The euro fell 0.4 percent to hit a day’s low of $1.136  after senior party sources made the announcement, effectively clearing the way for her Christian Democrats party to groom her successor.

The currency later recovered to trade flat on the day at $1.14.

Merkel has loomed large on the European stage since 2005, helping guide the EU through the euro zone crisis and opening Germany’s doors to migrants fleeing war in the Middle East in 2015 – a move that still divides the bloc and Germany.

“The euro has come under some pressure because she is seen as a pro-European force despite being a tough negotiator when it comes to bail-outs,” said Ulrich Leuchtmann, a currency strategist at Commerzbank.

Merkel’s weakness at home may limit her capacity to lead in the European Union at a time when the bloc is dealing with Brexit and a budget crisis in Italy.

The dollar rose towards a 10-week high against a basket of other currencies as concerns about global growth pervaded markets.

World stocks have sold off in October, beset by worries over corporate earnings and geopolitical uncertainty.

That has lifted the greenback, a currency which typically outperforms in risk-off periods but has strengthened only moderately.

“This likely reflects a number of factors, including long dollar positioning and, by the end of this week, some modest repricing of Federal Reserve expectations,” said Zach Pandl, co-head of foreign exchange at Goldman Sachs.

The duelling tariffs imposed by the United States and China have also lifted the dollar. The market has assumed that while the U.S. economy will be hit by reduced trade, it will be hurt less than its trading partners.

“Keeping the dollar bid this week should be a continuation of strong U.S. data. At the same time, we will be watching developments in China,” ING’s head of FX strategy Chris Turner said.

After weekend data showing Chinese profit growth slowed for the fifth straight month in September, China’s offshore yuan weakened, though it remained above Friday’s trough of 6.977 , the weakest since January last year, as it creeps ever closer to 7.00.

“Were the 7 level to be breached, we would expect USD/Asia, and probably USD/EM in general, to take another leg higher and the dollar to be bid across the board,” Turner said.

The U.S. economy slowed less than expected in the third quarter, data showed on Friday, as the strongest consumer spending in nearly four years and a surge in inventory investment offset a tariff-related drop in soybean exports.

Among emerging markets, Brazilian-linked stocks got a lift from the victory in the country’s presidential election of far-right candidate Jair Bolsonaro, who campaigned on promises to clean up politics and crack down on crime.

The safe-haven Japanese yen has benefited from the global sell-off in riskier assets as investors unwound carry trade exposures. It gained 0.6 percent last week and on Monday traded flat at 111.96 per dollar.

Investors will be watching the Bank of Japan’s monetary policy announcement, due on Wednesday.

Sterling held near a two-month trough of $1.2775 before Britain’s annual budget due on Monday.

Finance Minister Philip Hammond is likely to urge his Conservative Party to back the government’s plan for Brexit, or put at risk a long-awaited easing of austerity.