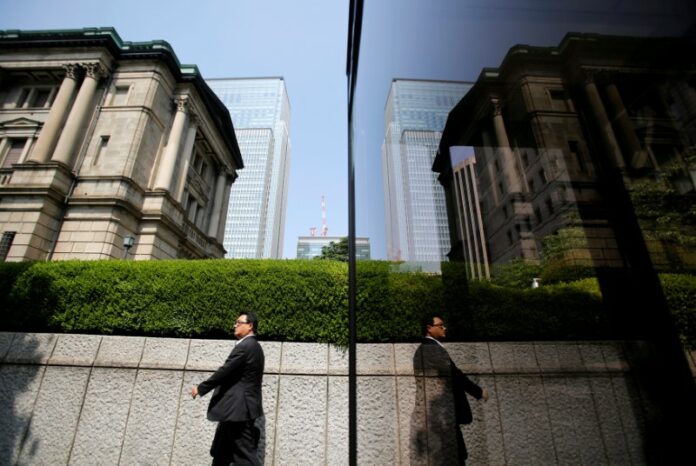 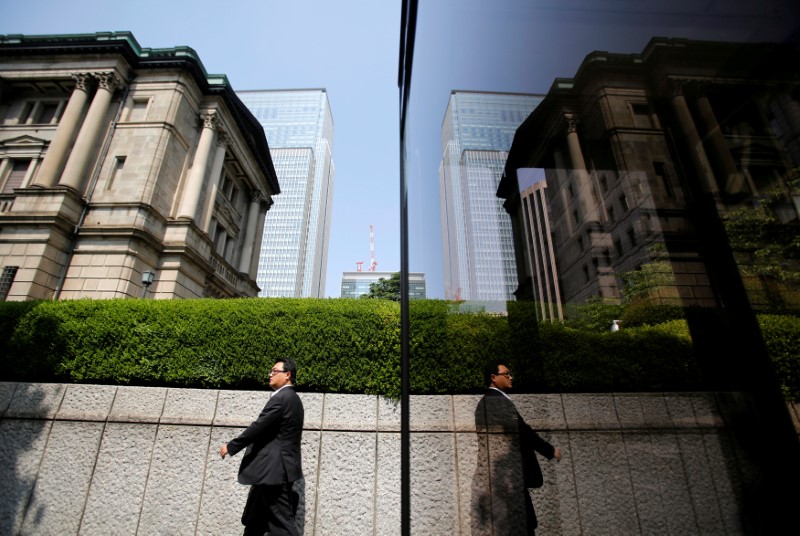 TOKYO (Reuters) – The Bank of Japan is considering tweaking its bond buying operations to allow the government debt market to better reflect fundamentals, people familiar with the matter said, following years of heavy central bank buying in the sector.

The proposed changes, which focus on the way the BOJ times its bond purchases, would be aimed at reviving a market that many participants say has been heavily skewed by central bank buying.

While the central bank is in no rush to put such changes into place, sources say it will scrutinize market moves to ensure they are stable and that any tweaks it makes won’t trigger excessive volatility.

With inflation distant from its 2 percent target, the BOJ is set to maintain its massive stimulus program at a two-day rate review ending on Wednesday and refrain from making any big change to its policy framework for the time being.

BOJ policymakers, however, see scope to change the way the central bank buys bonds, as its huge purchases are currently diminishing trading volume and keeping bond yields in a tight band, the sources say.

The BOJ’s bond purchases were originally introduced as a way to bring market yields down in order to reduce borrowing costs and spur economic growth.

One of the criticism of the program is that investors have little incentive to trade debt among themselves. Instead, many seek to eke out gains by buying debt in government auctions and immediately selling them to the central bank.

“It’s unnatural for markets to focus so much on each and every move of the BOJ,” one of the sources said. “There’s always room to review the BOJ’s market operations.”

Several ideas are under consideration, such as reducing the frequency of the BOJ’s bond purchases or making slight changes to the timing of its government debt purchases to encourage more trading activity between financial institutions, they say.

The central bank currently buys debt in the open market one day after the finance ministry auctions new bonds. It could push back the purchases a few days to allow these bonds to circulate in the market longer, the sources say.

While central bank policymakers won’t rule out such ideas, they are also in no rush to implement them particularly when markets are unstable, the sources say.

“The timing is tricky. It would be unwise to make any changes when markets are jittery,” another source said. “The BOJ’s intention isn’t to create volatility but to give markets room to move a bit more reflecting fundamentals.”

Disagreement within the BOJ’s nine-member board on the future direction of monetary policy might also delay the timing of such changes, as advocates of aggressive easing could push back against any steps that may push up yields, analysts say.

Under a yield curve control policy adopted in 2016, the BOJ now guides short-term interest rates at minus 0.1 percent and the 10-year government bond yield around zero percent.

The central bank took steps in July to allow bond yields to move more flexibly around its target, reflecting concerns among policymakers that its heavy buying is distorting markets.

The BOJ has also slowed its bond buying to less than half the amount it loosely pledges to buy each year, as its dominance in the market allows it to cap yields with fewer purchases.

But the moves have done little to revive trading activity, as investors refrain from pushing up yields on expectations that inflation will remain subdued and prevent the BOJ from raising rates any time soon.