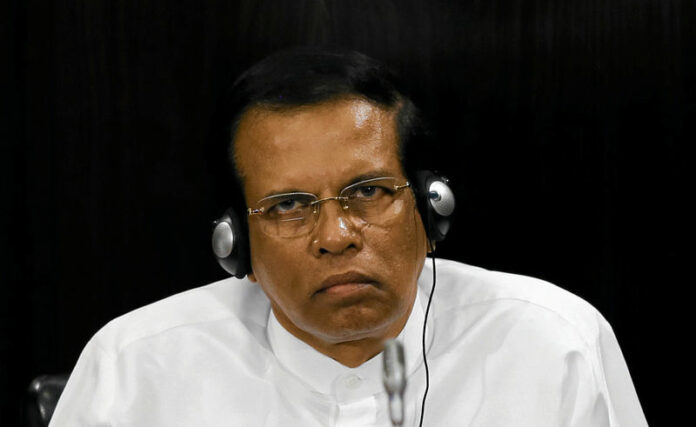 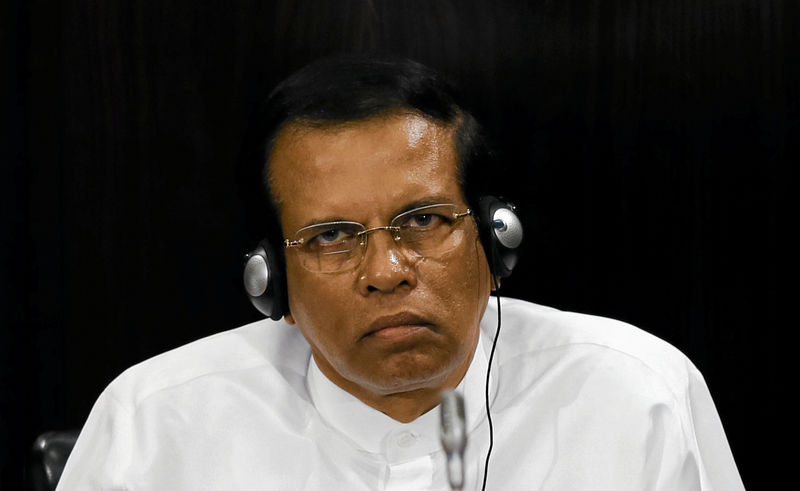 By Shihar Aneez and Abhirup Roy

COLOMBO/MUMBAI (Reuters) – A decision by Sri Lanka’s president to fire the prime minister has raised doubts among global investors and credit analysts about the near-term economic health of a country already grappling with slow growth and a falling currency.

Among key concerns for investors are Sri Lanka’s ability to repay its massive external debt amid the reduced likelihood of continued economic reforms.

Wickremesinghe said his sacking was illegal and he maintained that he was still prime minister and had the support of a majority of members of parliament. Rajapaksa, meanwhile, assumed his duties at the prime minister’s office.

“The ability to execute reforms could slow down given the political developments and the fact that presidential elections are due by the end of 2019, which would be negative for Sri Lankan assets,” DBS analysts said in a note on Monday.

According to DBS, Sri Lanka, which relies on foreign support, has debts of $15 billion maturing between 2019 and 2022. Debt service costs are also set to rise given the lower currency, according to a report by Morgan Stanley (NYSE:).

India and western countries have expressed concern about Rajapaksa’s ties to China, as he ushered in billions of dollars of investments from Beijing during his tenure as president, to help rebuild the country after a 26-year civil war against ethnic Tamil separatists ended in 2009.

Those investments have put the country deep in debt and forced it to hand over control of a strategic southern port to China.

Credit rating agency Moody’s said policy uncertainty could hurt investor sentiments and make it difficult for the country to refinance debt that comes due in early 2019 at an affordable rate.

“The current political crisis in Sri Lanka is credit negative for the sovereign,” said Matthew Circosta, an analyst with Moody’s Sovereign Risk Group.

“And at a time when global financial markets are turbulent, uncertainty about the direction of future policy could have a large and lasting negative impact on international investor confidence.”

Tight monetary and fiscal conditions and a farm sector that has faced a spate of difficult weather – including both droughts and floods – has led to the island nation’s stuttering economic growth that fell to a 16-year low of 3.3 percent last year.

This month, the International Monetary Fund (IMF) revised down its projection for 2018 economic growth to under 4 percent, from June’s forecast of 4 percent.

In recent years, the country has introduced tax reforms, financial discipline in government institutions, reforms of loss-making state-owned enterprises, and adopted a fuel price formula that is adjusted monthly.

However, Nomura, in a note last month, said Sri Lanka was most at risk of a currency crisis among the 30 countries it covered given its large refinancing needs due to high short-term debt and modest foreign-exchange reserves.

On Monday, the Sri Lankan rupee

The currency has weakened 12.8 percent so far this year, Refinitiv Eikon data shows.

Last month, Sri Lanka imposed a raft of measures to restrict imports with immediate effect in an effort to curb dollar outflows and take pressure off the rupee.

But with the unfolding political crisis, market sources said traders were bringing their dollar trades forward by purchasing the greenback expecting a further fall in the rupee.