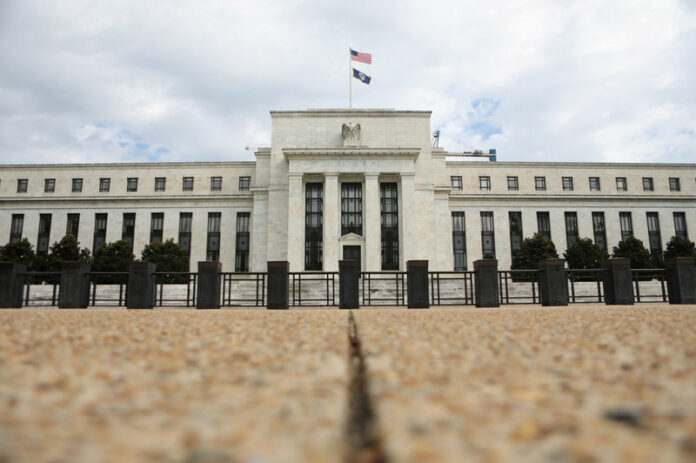 U.S. Bancorp and Capital One Poised to Get Rules Relief From Fed

© Reuters. U.S. Bancorp and Capital One Poised to Get Rules Relief From Fed

The Federal Reserve and other agencies — responding to legislation that’s meant to soften rules for smaller lenders — are set to propose this week that a series of complex capital demands only apply to Wall Street megabanks, according to a person familiar with the regulators’ plans.

Freeing regional banks from the requirements probably wouldn’t have much of an impact on their overall capital levels, but it would ease their compliance burdens and potentially make it easier for them to grow.

At issue is a framework known as “advanced approaches” that sets out a number of complicated benchmarks that the largest banks must use to determine how much of a capital cushion they need to protect against losses.

Current rules say an advanced approaches bank is one with at least $250 billion in assets or $10 billion in foreign exposure — a measure meant to include the biggest and most internationally active firms.

But the new standard, set to be discussed by the Fed at an Oct. 31 meeting, would raise the threshold to $700 billion in assets and $75 billion in international activity, said the person who requested anonymity to provide details on the proposal. The advanced approaches label also subjects banks to stiffer leverage and liquidity requirements, though it couldn’t be determined how the proposal might impact those demands.

In addition, the Fed is expected to release a broader plan this week that establishes new ways of determining which lenders deserve particular regulatory demands, the person said.

Instead of categorizing the industry based mostly on banks’ assets, the agencies plan to use a series of added measures, including how much each firm depends on short-term funding, what its off-balance-sheet exposures are and how much business it does outside the U.S., said the person. Those factors will help regulators put the lenders in tiers, and each tier would face different demands.

Spokesmen for the Fed, Office of the Comptroller of the Currency and Federal Deposit Insurance Corp. — the three agencies said to be involved — declined to comment.

Fed Vice Chairman for Supervision Randal Quarles, the agency’s point man on regulation, has been clear that he wants to ease up on banks that don’t pose the same threat to financial stability as Wall Street lenders.

In a July speech, he said requirements the Fed was considering dialing back for mid-sized banks included stress tests, liquidity demands and living wills — the plans firms must prepare that outline how they would go bankrupt without hurting the broader financial system.

Washington has been a much friendlier place for banks with Trump in the White House and Republicans in control of Congress. That’s been particularly true for regional and community lenders, which faced a number of post-crisis constraints even though politicians didn’t blame them nearly as much as Wall Street for causing the 2008 meltdown.

In May, lawmakers passed an overhaul of the Dodd-Frank Act that called for relaxing demands for regional banks. The new law gave regulators 18 months to revamp how they oversee banks between $100 billion and $250 billion in assets. This week’s Fed meeting is a response to that bill.