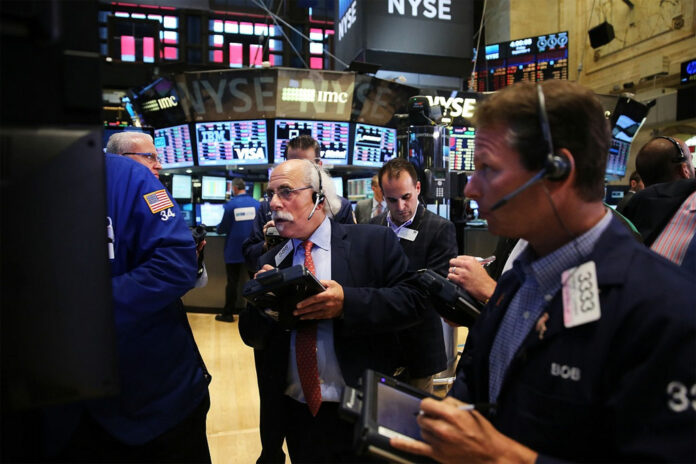 Some analysts attributed the gains to bargain-hunting as a bruising month for Wall Street nears its conclusion. The S&P 500 was down 8.7 percent for the month through Friday due to a broad-based selloff on worries over slowing earnings growth, higher interest rates and rising geopolitical tensions.

“There is a bid in the stock market this morning that has been aided by the belief the market is due for a meaningful bounce from short-term oversold conditions,” said Briefing.com analyst Patrick O’Hare.

Sentiment was also lifted by reports that China is weighing a tax cut on car purchases, lifting Ford by 5.8 percent and General Motors 4.5 percent.

This week’s calendar includes reports from Apple, Facebook and Exxon Mobil, as well key US economic reports such as the October US jobs report.

The Commerce Department also reported Monday that inflation pressures remained tame in September, something investors were likely to welcome as it would not add to pressure on the central bank to raise interest rates.