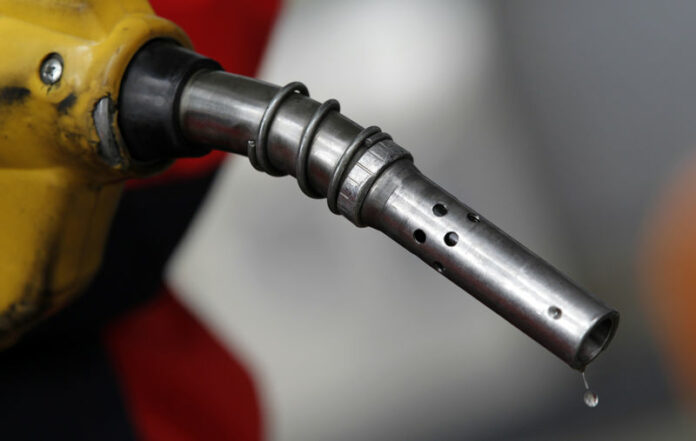 © Reuters. FILE PHOTO – An employee holds a gas pump to refill a car at a petrol station in central Seoul

U.S. West Texas Intermediate (WTI) crude futures were firmer, however, at $67.19 a barrel, up 15 cents from their last settlement, bringing down the spread between the two main oil price benchmarks to below $10 per barrel.

Overall, however, oil has been caught up in broad financial market slumps this month, with stocks falling again on Monday after a report Washington was planning an additional $257 billion worth of tariffs on Chinese goods if upcoming talks between Presidents Donald Trump and Xi Jinping fail to end a trade war between the world’s two largest economies.

High oil prices are hurting consumers and could dent demand, the executive director of the International Energy Agency (IEA) said on Tuesday.

“There are two downward pressures on global oil demand growth. One is high oil prices, and in many countries they’re directly related to consumer prices. The second one is global economic growth momentum slowing down,” said IEA chief Fatih Birol.

Oil was also being weighed down by signs of rising supply from top producers.

“A Saudi pledge to produce as much oil as possible, and the stock market rout, have sharply reduced concerns about the Nov. 4 implementation of U.S. sanctions against Iran,” said Ole Hansen, head of commodity strategy at Saxo Bank.

Russia has also indicated that it will provide enough oil to meet demand once U.S. sanctions hit Iran from next week.

That’s an increase of 10 million bpd since the start of the decade and means that these three producers alone now meet a third of global crude demand.

Hedge fund managers continued to liquidate former bullish positions in oil last week, with signs of short-selling appearing for the first time in over a year.

Despite that, Hansen said “given the yet unknown impact on Iran’s ability to produce and export (amid sanctions) … we could see some speculative buying emerge ahead of Nov. 4.”