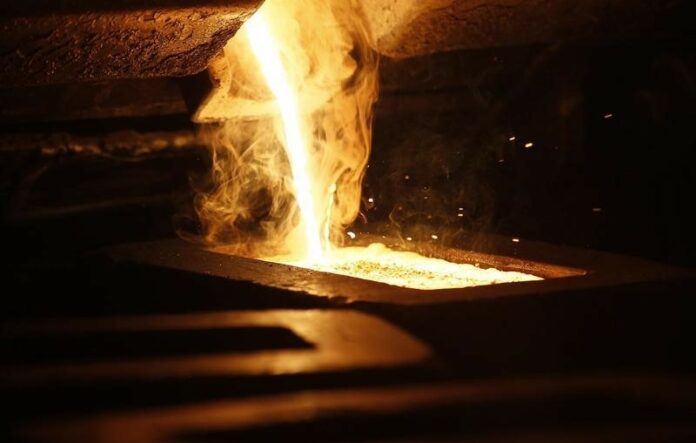 Investing.com – The dollar’s march higher is chipping away at gold’s October rally.

The dollar was not far from 10-week highs on Tuesday as U.S.-Sino trade tensions once again turned investors towards the greenback, which like gold has begun a steady ascent ahead of a widely-expected U.S. rate hike in December.

The White House upped the ante against China this week, warning that it could impose by early December tariffs on all remaining Chinese goods entering the U.S. if talks next month between President Donald Trump and his counterpart Xi Jinping fail to ease their trade war. Washington has already imposed tariffs on $250 billion worth of Chinese goods and China has responded with retaliatory duties on $110 billion worth of U.S. imports.

While any U.S.-China stand-off should boost gold’s safe-haven edge, the dollar has the upper hand now in benefiting from the crisis.

“Cash is king due to recent extreme volatile markets, as investors wait for some stability amid the uncertainty over tariffs and the trade war persisting,” said George Gero, precious metals analyst at RBC Wealth Management in New York. “For the moment, it’s still all about the dollar.”

In Tuesday’s session, gold for December delivery settled down $2.30 at $1,225.30 per ounce on the COMEX division of the New York Mercantile Exchange. With Monday’s more-than-$8 drop, December gold has so far lost 0.6% since the start of this week.

For October though, remained on track for a gain of nearly 3%, its best performance since July 2017.

Since its rise above the $1,190 territory on Aug. 24, gold has been practically locked in a tight $50 trading band, reaching the upper band a few times last week to peak at three-month highs of $1,246.