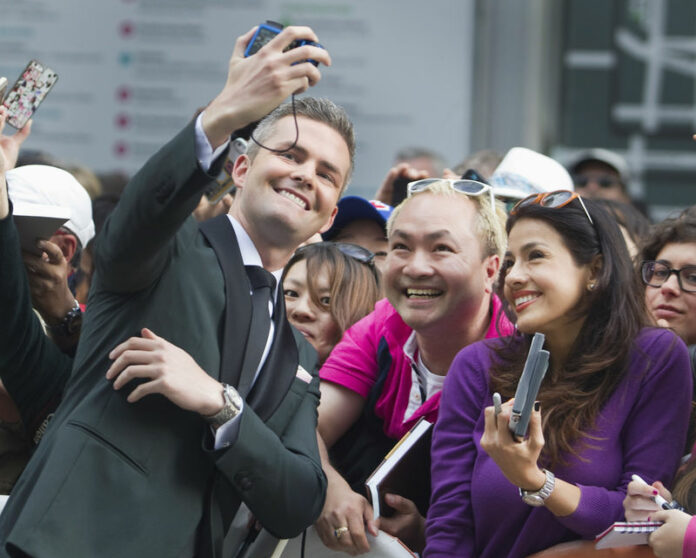 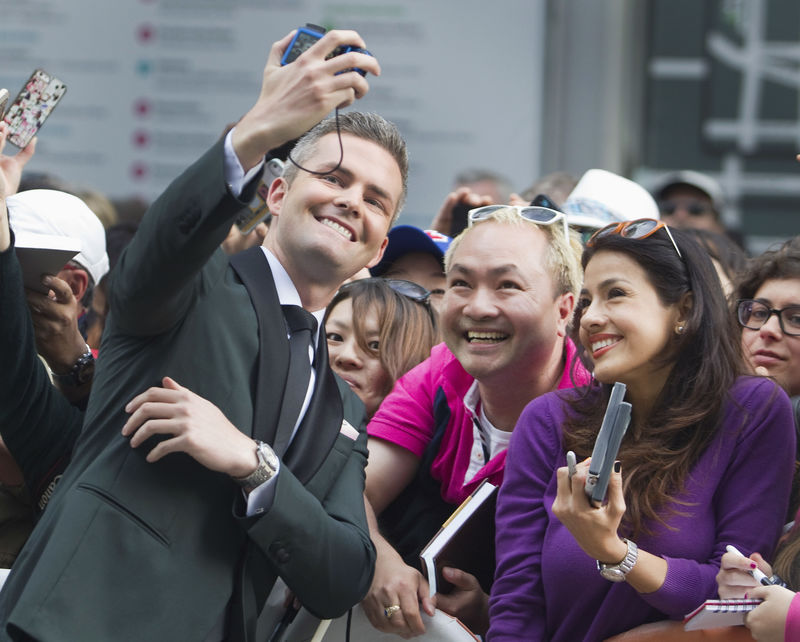 © Reuters. FILE PHOTO – Ryan Serhant takes a photo with fans as he arrives for the premiere of “While We’re Young” at the Toronto International Film Festival

Serhant has parlayed his success into a new book (“Sell It Like Serhant”), a YouTube channel, and even mobile apps (Agent Empire: NYC). He spoke with Reuters for our Life Lessons series about how he embarked on his stunning career – and how others can do the same.

Q: Did you entrepreneurial streak show up early on?

A: My brother and I started working when we were little kids. We sold firewood to our neighbors when I was only 10 years old. But it wasn’t really a success, and I kind of sucked at it. Because we couldn’t drive, we had to hire a guy with a pickup truck, and one day he got pissed off and just took off. After that the business came crumbling down.

Q: Were your early acting years the typical story of the starving artist?

A: When my grandfather died he left me $40,000, which was the most money I had ever seen in my life. I thought it would last me 10 years in New York City. Of course the money quickly ran out, so I turned to hand modeling. I did a lot of that – you’d be surprised. I held things like AT&T (NYSE:) phones and Nespresso pods and made $150 an hour. They called me “Ryan Serhand.”

Q: What was it like to make a big career transition to real estate?

A: In 2008, I bit the bullet and got my real estate license. I was trying to find a way to pay rent, and I didn’t want to start bartending or waiting tables, and then still be doing that 20 years later. So real estate was another way to work with people. I was good at memorizing things about listings, and could set my own hours. Eventually I got addicted to it and became a deal junkie.

Q: Did your acting history help you in the real estate business?

A: It’s the same talent, and the same muscle. I make all my team members take improv classes, because you become a better businessperson if you know how to improv. It’s about saying yes, and adapting to situations. That’s sales. That’s business.

Q: How did those lean years shape your understanding of money?

A: I saved as much as I possibly could, and still do. I was always afraid of having no money. Even now I don’t think of myself as rich. I distinctly remember the day I had my debit card declined at the Food Emporium, and I had to leave the grocery store with tears in my eyes. I promised myself I would never go back to that moment.

Q: Since you make a living at real estate, is that where you invest your personal money too?

A: It’s important to invest in what you know. So I do invest in a lot of townhouses and apartments. I see deals fifty times a day, and I know what’s a good deal or a bad one. If my clients pass on a good deal, I’ll jump on it.

Q: Why is your giving so New York-focused?

A: I wouldn’t be where I am were it not for New York City. So any money I make is honestly the house’s money. I don’t understand people who don’t give back, because the city has done so much for me. So I work with a lot of organizations doing good work locally, like City Harvest and Robin Hood and Ronald McDonald House.

Q: You are looking to start a family with your wife Emilia, what lessons do you plan to pass along to your kids?

A: Daddy comes first! A lot of kids in NYC grow up as complete brats, because they are raised with the idea that they come first. That’s just not true. So I want them to understand the value of work and the power of a dollar, the same way my dad taught me. Growing up I resented him a lot – but now I am very thankful.

(The writer is a Reuters contributor. The opinions expressed are his own.)