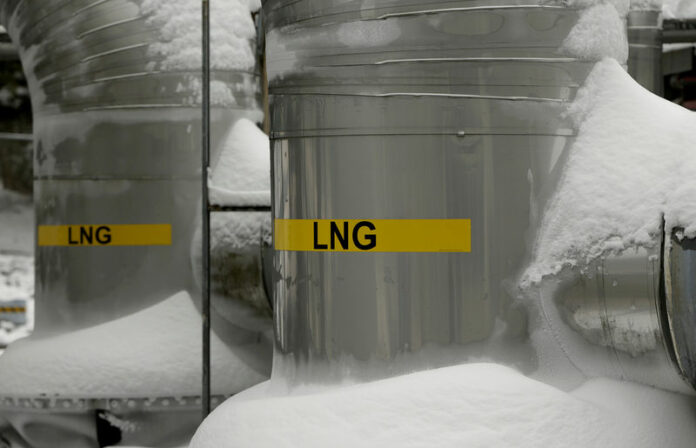 By Julie Gordon and Scott DiSavino

VANCOUVER/NEW YORK (Reuters) – The delay of a U.S. Gulf Coast liquefied (LNG) export project has crystallized fears that the U.S. trade battle with China is hampering efforts to line up buyers needed to move ahead with multi-billion-dollar builds.

The United States is positioning itself as the dominant provider of the supercooled fuel as Asian nations shift away from dirtier power sources like coal, and this month’s approval of a giant Canadian project led by Royal Dutch Shell (LON:) bolstered enthusiasm for the sector overall in North America.

That optimism took a hit on Monday, when Australia’s LNG Ltd delayed until next year a planned decision on whether to build its Louisiana-based Magnolia LNG plant due to problems lining up Chinese customers. And it comes when bankers and analysts in the sector had already questioned whether the next wave of projects in the pipeline would pass muster with investors.

“Chinese LNG demand growth is the largest piece of demand growth out there, and Chinese buyers have got to feel reluctant to commit to U.S. capacity when the U.S. government sees trade as a means of exerting political leverage,” said Bob Ineson, managing director of North American natural gas at IHS Markit.

China set a 10 percent tariff on U.S. LNG imports last month, extending a trade scuffle in which U.S. President Donald Trump imposed tariffs on $250 billion worth of imported Chinese goods and China retaliated with duties on $110 billion worth of U.S. goods.

China’s LNG demand has skyrocketed in recent years on Beijing’s pollution crackdown, with imports nearly tripling since 2015. Last year it overtook South Korea as the world’s No. 2 importer of LNG.

That boom, along with rising demand from other Asian nations, has helped gobble up an anticipated LNG glut and boosted spot prices to near four-year highs, breaking a multi-year freeze on new project investment.

By the mid-2020s, global LNG demand is forecast to range from 360 million to 450 million tonnes, up from about 290 million tonnes in 2017. With China leading that growth, signing deals with its companies is viewed as imperative to get larger projects done.

But the tariffs are having a chilling effect, according to two U.S. industry sources. China is not signing any long-term deals with U.S. projects until the spat is resolved, they said.

That’s not good news when there are at least six other new builds or expansions in North America on the cusp of a construction decision, with a handful more eyeing go-aheads by 2020, representing more than $100 billion worth of potential construction.

The first wave of U.S. LNG projects was able to leverage underutilized infrastructure and cheap gas to get a foothold in what had been a closely held global market.

With so many horses in the race, big builds backed by established players or expansions of existing export facilities will likely fare better than upstarts.

This favors energy giants like Shell, Exxon Mobil Corp (NYSE:) and Qatar Petroleum, all of which have projects in the works, along with Cheniere Energy, the leading independent U.S. LNG company.

Shell and its partners this month approved the C$40 billion ($31 billion) LNG Canada mega project, promising 14 million tonnes per annum of new capacity before 2025, with the option to double that output.

“My instinct would tell me that the larger companies have the resources and relationships to get these things approved, because they’re just enormous projects,” said Charlie Cone, an LNG analyst with energy data firm Genscape.

LNG Canada’s chief executive, Andy Calitz, said last week that U.S. rivals could end up “dead in the water” as long as China keeps its tariff on U.S. imports. That could be a boon for Canada’s tiny Woodfibre LNG on the west coast and Pieridae Energy Ltd’s Goldboro LNG on the east coast.

Non-Chinese buyers are also cautious about long-term deals due to changing trade policy, said IHS’s Ineson. “This conflict could lead to many developers of U.S.-based projects missing this window,” he said.