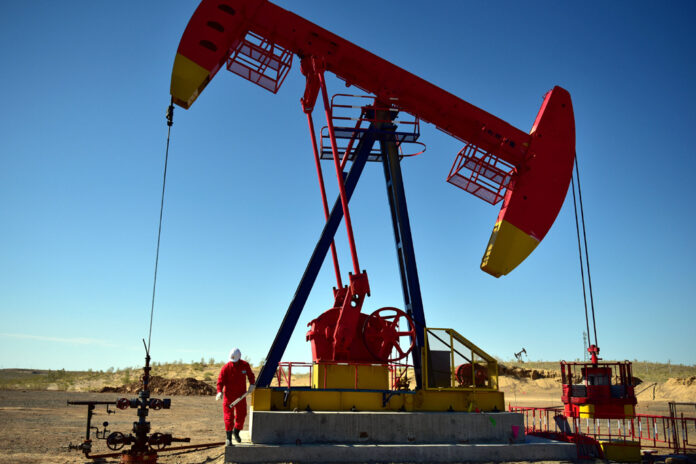 Oil rises 1 percent ahead of US sanctions on Iran

LONDON: Oil prices rose more than 1 percent on Wednesday as markets braced for the imposition of U.S. sanctions on Iran next week and as stock markets clawed back some of their recent losses.

New U.S. sanctions on Iran begin on Nov. 4 and Washington has made it clear to Tehran’s customers that it expects them to stop buying any Iranian crude oil from that date.

Imports of Iranian crude by major buyers in Asia hit a 32-month low in September, as China, South Korea and Japan sharply cut their purchases ahead of the sanctions on Tehran, government and ship-tracking data showed.

Oil market sentiment also received some support from equity markets, which pulled back from 20-month lows on Wednesday after pledges by China to support its markets.

“The bullish argument for crude still centres on Iran sanctions which are due to begin in November, and continued output declines from Venezuela,” said William O’Loughlin, investment analyst at Rivkin Securities.

Despite the rally on Wednesday, both crude benchmarks are around $10 below four-year highs reached on Oct. 3 and on track for their worst monthly performance since July 2016.

Oil has been caught in the global financial market slump this month, with equities under pressure from the trade war between the world’s two largest economies, the United States and China.