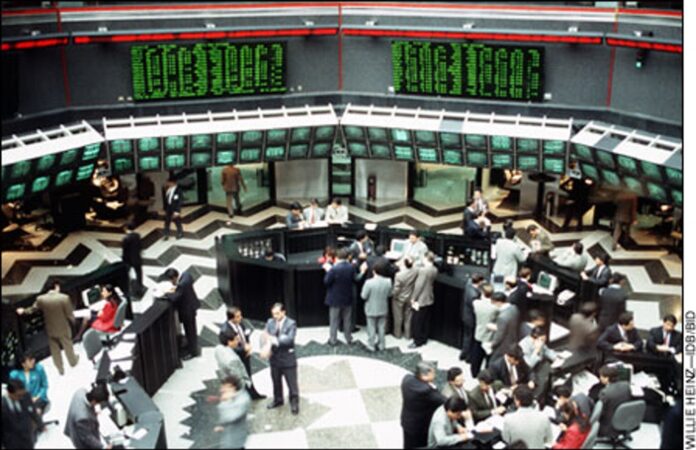 Sao Paulo: Brazilian stocks closed at a record high Thursday, gaining 3.9 percent in the week after the election of far-right candidate Jair Bolsonaro, the market favorite, as the country’s next president.

The Sao Paulo stock exchange’s Ibovespa index added 1.14 percent for the day to close at a record of 88,419 points, after breaking through the 89,000 barrier for the first time ever earlier in the day.

That closed out the trading week in Brazil, where Friday is a public holiday.

“There’s an obvious impact from the consolidation of the presidential election,” said Alex Agostini, an economist at credit-risk agency Austin Rating.

“Bolsonaro won, and the expectation is that he will put in place an economic plan focused on austerity, fiscal discipline and a process of concessions and privatizations.”

The weekly gain came despite profit-taking Monday in a market that had already priced in Bolsonaro’s victory.

The Brazilian real edged slightly stronger, to 3.69 to the dollar. It has strengthened by more than 12 percent since September, driven by optimism over Bolsonaro’s economic plan.

“There is a context of confidence in the president-elect,” said Agostini, predicting the rally would continue in the coming weeks.

Bolsonaro, who won Sunday’s run-off election with 55 percent of the vote, takes office on January 1.

Markets are eagerly waiting for the new administration to overhaul Brazil’s bloated pension system and implement other austerity reforms.

There is, however, concern among economic analysts over whether Bolsonaro will follow through on Guedes’s advice, as well as potential political fallout from implementing his hardline conservative agenda.

After tumbling into a record recession from 2015 to 2016, Brazil’s economy, the eighth-largest in the world, is forecast to grow about 1.4 percent this year.