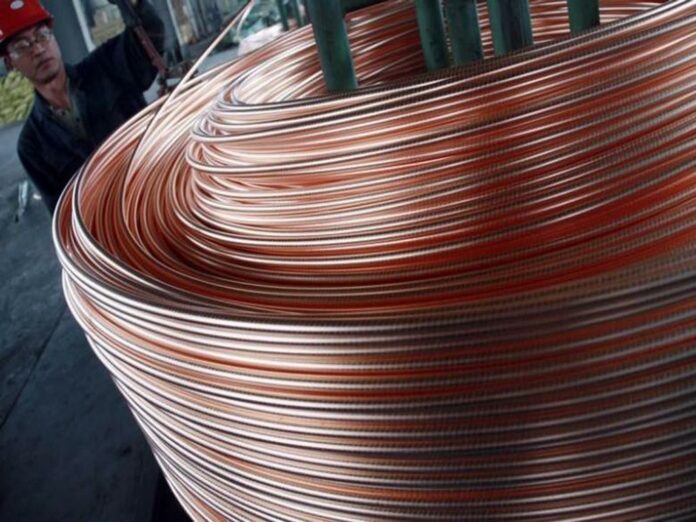 LONDON: Copper hit its highest in nearly two weeks on Friday, lifted by signs that tensions between the United States and China were easing after the presidents of each country expressed optimism about resolving the long-standing tit-for-tat tariff row.

Copper, used in power and construction, has been weighed down this year by fears that the tensions between the world’s top economies will curb demand for industrial metals.

Benchmark copper closed open outcry trading 3.2 percent up at $6,283 a tonne, having peaked at $6,304.50, its highest since Oct. 22. The percentage rise was the biggest one-day gain in six weeks.

Having advanced by 1.6 percent in the previous session, declines at the start of the week were turned around for a weekly gain of nearly 2 percent.

US President Donald Trump said on Twitter that trade discussions with China were “moving along nicely” and that he planned to meet President Xi Jinping on the sidelines of a G20 summit in Argentina after the two had a “very good” phone discussion.

“For copper it’s win-win from a lot of sides here; the better risk sentiment in markets, the dollar has dropped back down and now there is a better outlook for a trade deal,” said Danske Bank commodities analyst Jens Pedersen.

He warned that there could be volatility in metals markets ahead of a final deal being signed.

“Signs of a trade deal should lift prices somewhat, but upside should be limited in our view as the metal markets remain well supplied overall,” said Julius Baer analyst Carsten Menke.

DOLLAR: Metals held their gains despite the US currency erasing losses after buoyant US data and moving into positive territory. A weaker greenback makes dollar-denominated commodities cheaper for non-US firms – a relationship used by funds to generate buy and sell signals.

As trade tensions escalated, the dollar soared this year on bets that the United States has less to lose from the dispute.